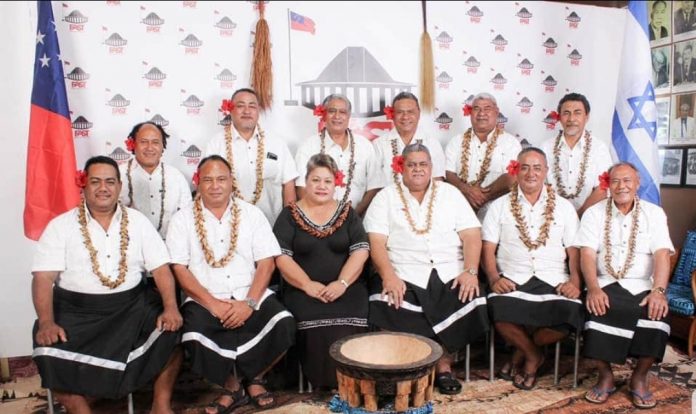 30 July 2020, Apia Samoa.  The Faatuatua i Le Atua Samoa ua Tasi (FAST) political party has today been formally registered by the Office of the Electoral Commissioner. 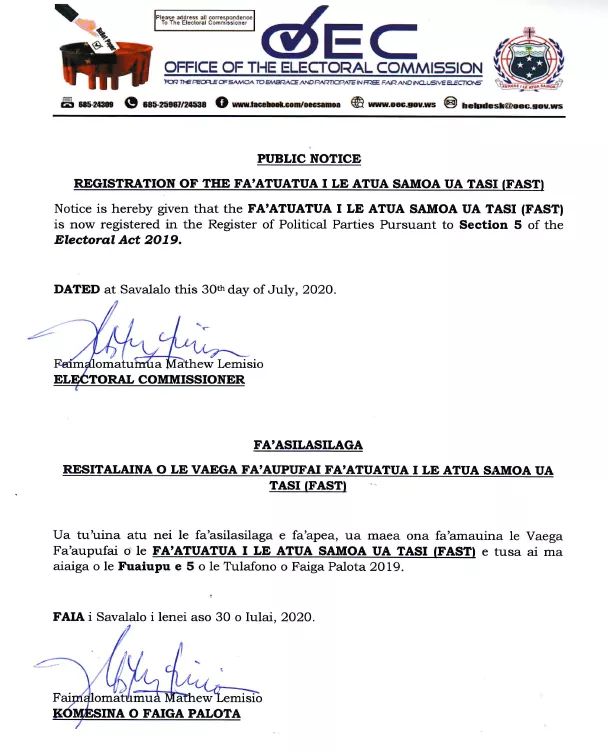 The newly formed party is led by former Member of Parliament Laaulialemalietoa Leuatea Polataivao Schmidt as announced when he first declared his resignation from HRPP during Independence weekend this year.

Electoral Commissioner Faimalomatumua Mathew Lemisio received the new political party in his offices at the NPF Plazza in Apia, announcing it to be the 7th formerly registered party as Samoa heads into the 2021 general elections.

Laauli corrected the name of the party from the formerly announced Faavae i Le Atua Samoa Tutoatasi to its amended name, which Laauli says was strongly advised by village elders and supporters.

In line with the spirit of FAST, Laauli called on all members and supporters of the new political party to make each Friday a day to fast and pray for their efforts, and for Samoa.

Established business woman Mulipola Anarosa Milioo was amongst the FAST membership who attended the OEC for registration today. Samoa currently has 5 women in Parliament. Only four were able to win their seats in the 2016 general elections. The temporary measure allowed for one more, to ensure 10% of parliamentary seats are held by women.

FAST will be announcing over 50 members to run as candidates in the upcoming general elections set for Friday 9 April 2021.

The party will run its first ever candidate in the byelections of Gagaifomauga No.3 where party founder Laauli Leuatea Schmidt will return to contest his seat, vacated after a controversial  and public resignation in Parliament.

The leader of HRPP and Prime Minister Tuilaepa has announced that the ruling party would not be running a candidate for the upcoming by-elections.