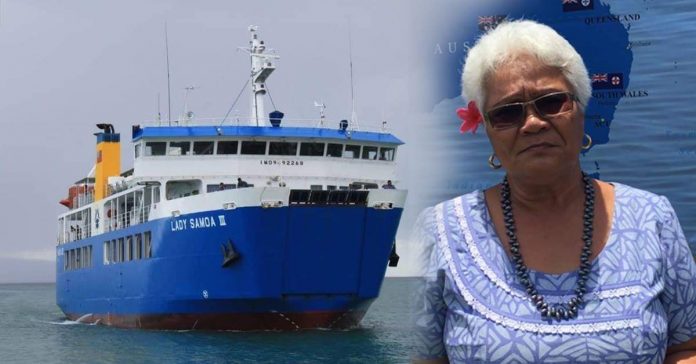 30 January 2019, Apia Samoa. Gatoloaifaana Amataga Alesana Gidlow urged the Minister of Finanace, Sili Epa Tuioti to maintain the benefit currently received by pensioners of free rides on the ferry between Savaii and Upolu.

She said removing this benefit would have a great impact on those people including herself that are always travelling between the two islands and especially those who live in Savaii.

The Member of Parliament argued that regular travel to Savaii was important for those who maintained connections and continued to serve their families, churches, villages and constituencies on the Big Island.

Another point that was raised by the Member of Parliament was to allow for higher pensions for those who had worked in the formal sector and laid taxes.

“You see these are people who have worked in the government and businesses and they had paid taxes,” she said.

He said this is a very important issue raised by Gatoloaifaana and it should give the Minister of Finance some ideas.

Tuilaepa says, one of the problems that he had with the pension is it seems like the whole family now depends on the elderly pensions.

He said this is not the reason why the government had come up with the pension scheme.