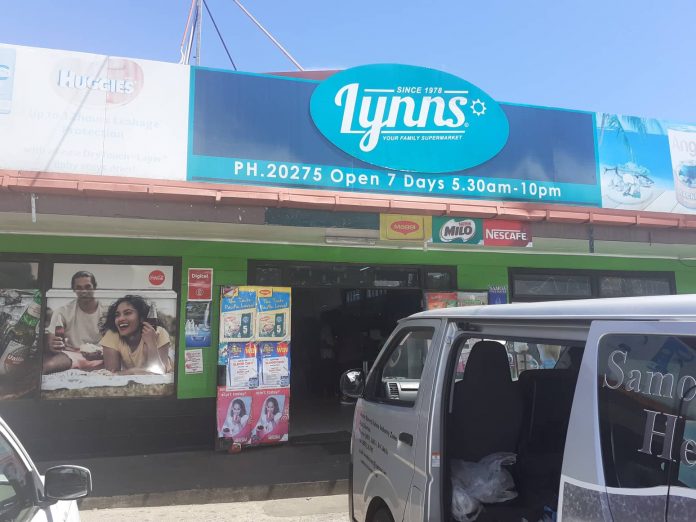 Lynn’s supermarket at Motootua will be open until midnight tonight, and during the two day Door-to-Door Mass Vaccination Campaign, the polular convenience store and bakery will be open from 5pm to midnight.

Popularly known as “Lynn’s”, the business was established in 1978 and is one of the longest serving supermarkets in Samoa owned by Mataia Lynn Netzlar who is still seen walking around the shop each day.

“Yes we can confirm those are our hours tonight until midnight, and also tomorrow and Friday we’ll be open from 5pm until midnight”.

“On Saturday morning we will then go back to our usual opening time of 5am,” said Mr Meredith.

Mr Meredith confirmed that all their staff have been vaccinated since the Ministry of Health opened it up on Monday to allow men over 19 and women over 35 years.

Other supermarkets have been contacted for opening hours and Samoa Global News will be publishing them as they are confirmed.