Taro growers at the Fugalei Market can look forward to sustainable incomes if the Government’s planned export initiatives to support local farmers and source overseas markets for locally grown produce is a success.

Tala Pati of Saleilua Falealili is a taro grower who sells his produce at the Fugalei Market. Mr Pati says the market fluctuates a lot and it is difficult for him to budget for his family’s daily needs during what he calls the “bad season” (taimi ua leaga ai le maketi).

He says he would bring two sacks of taro to the market three days a week and sells bunches at the standard market price of $20 tala.

“There are days when demand is good and my produce goes really quickly. On those days I would make up to $240 tala, but then there are bad times when there is so much supply and the price comes down so low, we just end up selling it for whatever price (faakau kiai),” he said. Tala Pati says on those days, he would be lucky to return home with gross takings of $120 tala.

Another farmer, Gaoa Semi from Tuanai says he used to grow for export, but he now only grows for the local market.

“When I was in commercial farming, there was always so much waste especially when the export markets didn’t come through..our produce would go to waste,” he said. 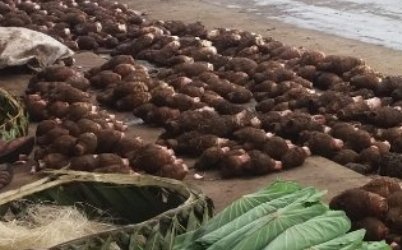 Mr Semi says the local shops, restaurants and hotels have all been hit with Covid-19 border lockdowns, “so now there is no market whatsoever,” he shares.

He now only brings two sacks of taro once a week to the market. On a good day he makes $200 and when the going gets tough he would make only $100 tala he says. 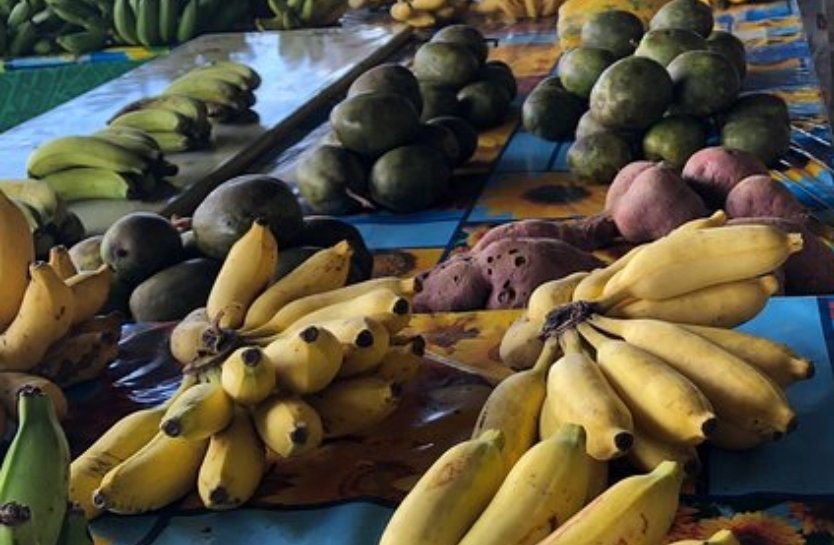 Joanna Westerland is a mother who employs workers to farm 100 acres of land, divided into different sections as she grows taro as well as vegetables. She brings her taro to the market five days a week from Tuesday to Saturday.  She says when taro was going to American Samoa, she would bring in 20 or even 30 sacks of taro a day.

“Now I can only sell 10 sacks a day,” says Mrs Westerlund.

“The truth is, we need export markets and we need it at a good price,” she says.

Farmers may not have to endure these challenges for much longer if the government’s plans to establish a National Export Authority under the Ministry of Agriculture and Fisheries attains its objective to assist local farmers in connecting with overseas markets.

In an interview with the Minister of Agriculture Laaulialemalietoa Leuatea Polataivao Schmidt, he confirmed that the National Export Authority being brought under the Ministry of Agriculture aims to promote not just local agricultural products but also value added products that are sourced from Samoa’s agricultural resources.

“The Government is moving ahead with its efforts to secure overseas markets for our local farmers,” said the Minister of Agriculture.

“Our plan is to secure markets not just for taro, but for all other locally grown produce such as bananas, yam, taamu and ufi,” said Laauli. “But it’s also our coconut oil (faguu), chips, coconut oil, water, as well as handicrafts and traditional products unique to Samoa such as our tootoo, fue, siapo, cava bowls and all such traditional products”.

The 2021/2022 Budget sets aside $250,000 tala to be spent before 30 June 2022 for the establishment of the National Export Authority, and the Minister says there is also another allocation of $1 million tala for various initiatives to support farmers.

“Farmers need holistic support – from access to finance with the banks, to packaging and labeling of produce, and also to build  capacity so there is better understanding of the products and the science of farming which is where SROS comes in,” said Laauli.

Laauli says farmers can also expect to be supported in terms of resources needed, to access better equipment and tools.

The National Export Authority will help secure markets for all locally grown produce and locally made products.  According to the Minister, advances have already been made for pawpaw and coconut kernel.

“For example, we have secured a market for pawpaw and coconut kernel, scraped and frozen”.

“Farmers will always find it hard to individually secure a market on the global scale, but under the umbrella of a National Export Authority, those high level negotiations can be done..”

The Minister says countries like Korea, China and Japan use taro to make flour as well as popular menu options such as taro cakes, “so those discussions can be done at the National Export Authority level”.