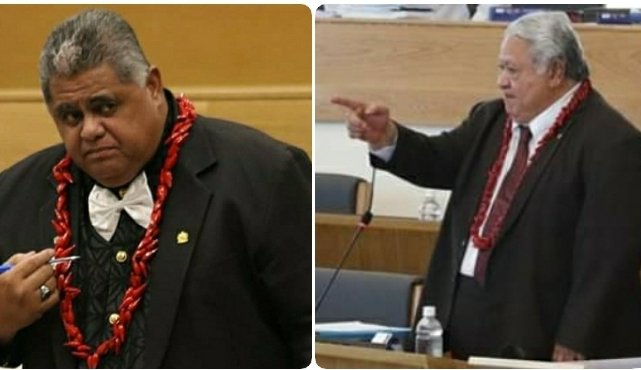 Parliament started up again this week with a continuation of the publicly aired disagreements and debate between Prime Minister Tuilaepa Sailele Malielegaoi and his former Minister of Agriculture, Laaulialemalietoa Leuatea Polataivao Schmidt.

As a first order of business on Monday morning, the Prime Minister’s opening speech set out to explain the Government’s privatisation policy, and in doing so, he told Parliament that Laauli was misleading the nation by raising questions aimed at discrediting the Government.

“There would be no need to explain these things again if these two Members had not dug these up again, with bad intentions”, said the Prime Minister.

Tuilaepa was referring to Laauli and Member of Parliament for Salega East, Olo Fiti Vaai who had both raised questions in Parliament about funds received from the sale of government State Owned Enterprises (SOEs) such as Samoa’s telecommunication infrastructure that had been part of the assets of SamoaTel.

Prime Minister Tuilaepa Sailele Malielegaoi mentioned Laauli’s father, the late Hon Polataivao Fosi Schmidt as being amongst those who supported the government’s privatisation policy, adding that Laauli’s current business ventures have greatly benefited from those decisions.

“Your father was amongst the decision makers back then, and now your business ventures are thriving today”, the Prime Minister told Laauli.

Himself a former Speaker of the House, Laauli took offense to the personal mention of his late father and called on the Speaker to direct the Prime Minister to refrain from what he described as “wrong” and “disrespectful” behaviour.

“Don’t underestimate my views. Not everything you do is right. You are not always right”, said Laauli to the Prime Minister.

“Mr Speaker you are our only shield, only you can protect us from this…my Constituency and my family are listening.. you can’t just tell me to refrain…..you must direct the Prime Minister to stop this disrespectful approach… it’s not right..”. 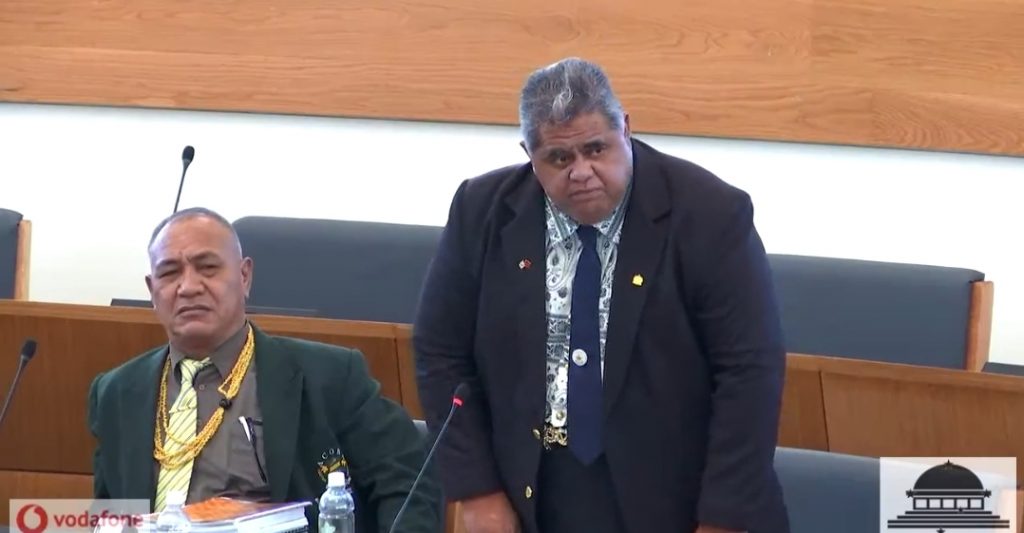 Laauli told Parliament that he had been publicly attacked throughout the weekend by the Prime Minister’s media program, and that references to his late father were unacceptable and disrespectful.

The Prime Minister hit back to clarify that he was merely clarifying the government’s position and correcting what he says were misleading accusations made by Laauli. The Prime Minister further warned Laauli that he would continue to correct his unfounded remarks.

“Be assured, that whatever you say to mislead the public…no matter where you go… I will be right there to correct you”.

Tuilaepa says the move to sell off certain government owned-assets and SOEs is based on a privatisation policy aimed at adopting, “the right sizing of the government structure and reduce waste of Government funds”.

The Prime Minister gave a history lesson of SOEs established and sold over the past 50 years including the Tusitala Hotel built in the 1970s, the Bank of Western Samoa, Westec, Vailima Breweries and SamoaTel.  Tuilaepa told Prliamane

“Opposition parties at the time had also questioned privatisation of government assets claiming that profits were being generated;

Prime Minister Tuilaepa said his response then, which remains relevant today, is that long term benefits by way of government savings will far outweigh the “peanuts” being generated by those SOEs.

Tuilaepa told Parliament that historically, these enterprises do not run efficiently, unless people are operating them as their own businesses.

He added that the Unit Trust of Samoa (UTOS) was set up to ensure the people of Samoa can buy shares in privatised entities, such as the recently rebranded Vodafone Samoa.