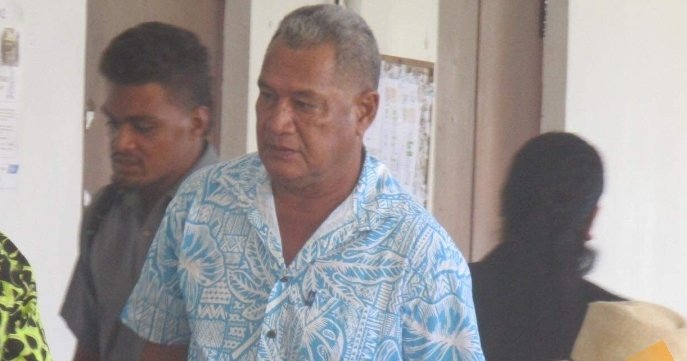 A former police officer arrested and charged with criminal libel for allegedly making defamatory remarks about Samoa’s former Deputy Speaker of Parliament on national television made his first court appearance this week in the District Court.

Judge Leota Ray Schuster postponed the matter without plea to 27 April for prosecution to finalise charges against Paepaetele.

The defendant was represented by his lawyer Priscilla Schuster.

A complaint of defamation was lodged against Paepaetele Earnest Junior Betham after he appeared as a guest on EFKS TV and made allegations against Samoa’s former Deputy Speaker of Parliament, Nafoitoa Mataia Valu Talaimanu Keti.

The allegations were based on an alleged incident that took place in 2007 when former Speaker Nafoitoa was the Officer in Charge at Faleolo Police Outpost.

“I’m sitting with something important I want to share..”

Paepaetele went on to explain that there was no investigation into the matter. The alleged victim is still serving as a police officer today.

On his Facebook page, Nafoitoa who contested the seat of Gagaemauga No.2 in the recent general elections, took to social media to immediately deny the allegations, which he said was politically motivated and purposely timed close to elections.

When police went to arrest Paepaetele he took off in his vehicle causing a police road chase. According to Police Commissioner Su’a Fuiavailiili Egon Keil, the ex-cop resisted arrest and took off when police approached him to make the arrest.

“A road block was set up that eventually stopped him.. he could have hurt someone if he continued…”, said Su’a.