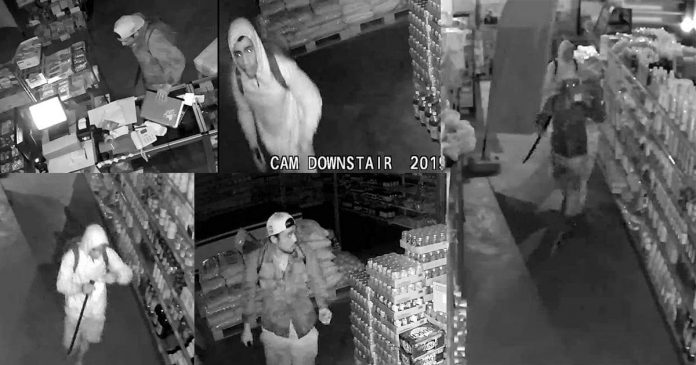 06 February 2019, Apia Samoa. The Samoa Police Service (SPS) have issued a warning for families to secure their homes and properties after confirmed sightings in Moamoa of 2 armed and dangerous prisoners.

“SPS advise members of the public around Moamoa, Aleisa, Tapatapao, Siusega and Vaitele areas to be vigilant in securing your homes and properties.”

Notorious criminal Pati Sonny Chong Nee escaped with Aniseko Vaelei three weeks ago on Sunday 20th January 2019. Both men were captured by CCTV during the early hours of Monday, 4 February breaking into a shop at Moamoa. They were armed with large sapelu (machete) and left the shop with canned food, cigarettes, alcohol and a digifix phone.

The police sternly warn, “Both men are armed with machetes and considered dangerous and should not be approached.”

The Samoa Police have also cautioned the public against assisting the escaped prisoners.

“It is an offence to assist, harbours or shelter any person who has escaped from custody”.

The public is advised to contact police on telephone 22 222 or 29127 regarding any suspicious person with similar descriptions seen around your area.

Working Together for a Safer Samoa