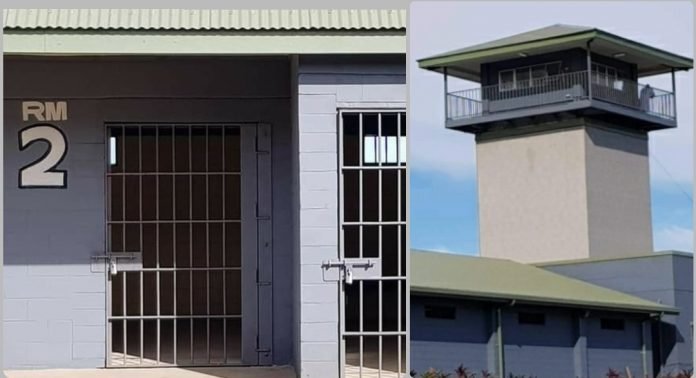 An escaped prisoner who used a ladder to climb over the Tanumalala Prison security fence on Sunday morning was returned a few hours later on Sunday afternoon when police located him at Fiaga, near the Electric Power Corporation power plant.

He escaped in the early hours of Sunday morning and was found on the same day at around 12 noon, says Auapaau.

The Deputy Commissioner said Panapa is suspected to have broken into a family home at Fiaga in the short time he was out and before his capture.

“Our preliminary investigation places Va’ai Panapa as a suspect to a break-in on Sunday morning in that same area,” Auapa’au said.

Panapa had also escaped during the mass prison break from Tanumalala in March last year although he was captured soon after, together with all 29 escapees of that incident.

On this occasion he is said to have placed a ladder up against the wall and climbed over it.

In 2016, the now 23 year old prisoner escaped from Tafa’igata Prison, and was also later captured and returned, with charges of escaping accumulating his sentence.

The prisoner has been taken back to Tanumalala to await a court appearance later this month for additional charges against him.