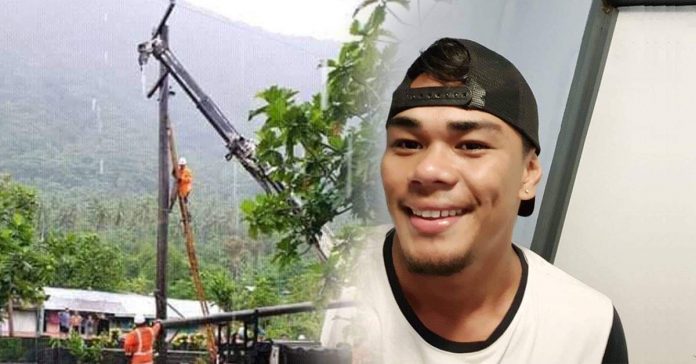 28 March 2019, Apia Samoa. A 21-year old employee of the Electric Power Corporation from Vaitele Uta has died while on duty feared electrocuted while working on a power pole.

Tevita Amituanai Akisa attends the Vaitele-Uta EFKS parish and a source who attends the same church told Samoa Global News that this was his first year working with the EPC.

“He really loved the job and always spoke about his work at EPC.”

Friends and family of Tevita have taken to social media asking questions about safety standards within the workforce.

Darryl Laifai Pupi, a friend of Tevita, posts a message to the Electric Power Corporation asking,

“Why was he up there in the first place?

“Know one thing. Under your supervision he took his last breath;

“Where are your policies in place for the safety of the many more sons of Samoa under your supervision?”

Samoa Global News contacted EPC for a comment and were told that an official investigation is underway to determine cause, and given the sensitivity of the matter, a statement is being prepared that will soon be issued to clear all questions the public may have.

The EPC statement and findings of the investigation will be issued in full once it is received.