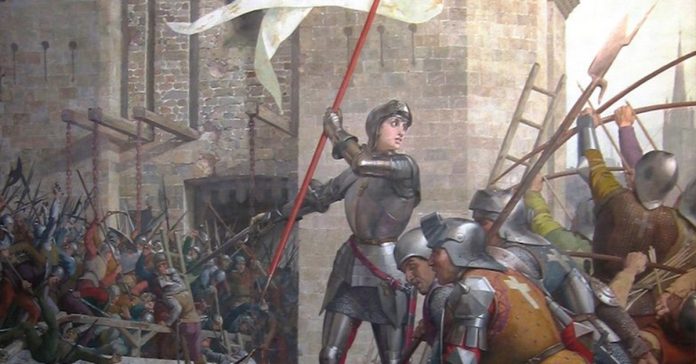 The Siege of Orléans (12 October 1428 – 8 May 1429) was the watershed of the Hundred Years’ War between France and England. It was the French royal army’s first major military victory to follow the crushing defeat at the Battle of Agincourt in 1415, and also the first while Joan of Arc was with the army.[b] The siege took place at the pinnacle of English power during the later stages of the war. The city held strategic and symbolic significance to both sides of the conflict. The consensus among contemporaries was that the English regent, John of Lancaster, would have succeeded in realizing his brother the English king Henry V‘s dream of conquering all of France if Orléans fell. For half a year the English and their French allies appeared to be winning but the siege collapsed nine days after Joan’s arrival. 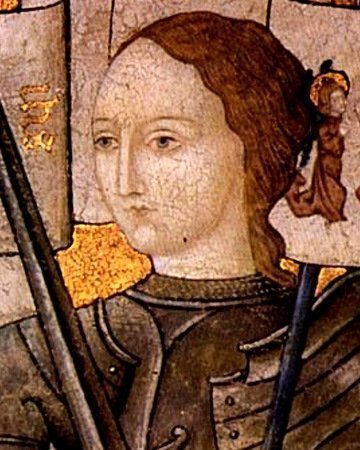 Why Famous: Nick-named “the maid of Orleans” Joan of Arc was born around 1410 into a peasant family and into a France beset by internal conflicts and under attack from the English. At the age of 12 she claimed to have had her first vision of saints and angels eventually exhorting her to aid France in driving out the English.

Arriving with the French army she successfully led attacks that broke the seige of Orleans in 1430 dressed in a suit of armour. She later helped led the army to Rheims where King Charles VII was crowned.

Joan of Arc was captured during an engagement at Compiegne and she was put on trial by the English supporter the French Bishop Pierre Cauchon. The trial began in January 1431. Joan of Arc withstood days of interrogation before being found guilty of the charge of dressing in men’s clothing. Joan agreed to don women’s clothing but when she wore men’s clothing again to avoid rape she was condemned for heresy and burnt at the stake on the 30th May. A retrial 25 years later found her innocent. She was canonized by the Catholic Church in 1920.