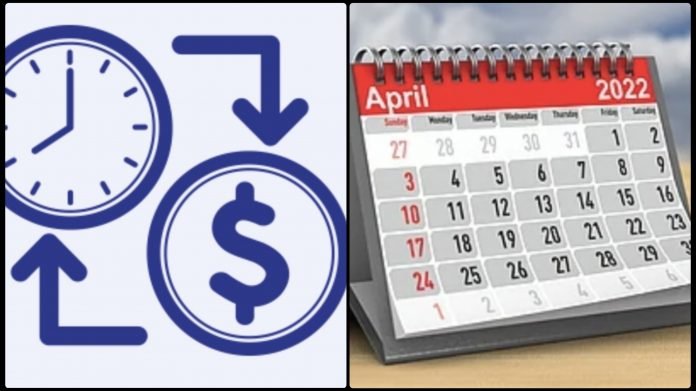 The Ministry of Commerce Industry and Labour have announced the Easter long weekend as a public holiday, and remind employers that staff are entitled to hourly rates stipulated by the Labour and Employment Relations (LAER) Act.

As is well known, working on a declared public holiday applies a double time rate for any employee made to work on those days.

“Under provisions of the Public Holiday Act 2008, shops selling goods may open during these dates but private businesses are to comply with relevant provisions under the Labour and Employment Relations Act 2013 regarding employees working on Public Holidays”, reads the statement.

The LAER Act 2013 stipulates double time pay is applied in the case of employees who work during declared public holidays. So if you’re open on Friday 15th, Saturday 16th and Monday 18th within the SOE hours of 6am to 2pm, do take note.

The MCIL notice comes while Samoa is currently under Alert Level 2, until Tuesday 19th April 2022.

Is it a Paid Holiday under SOE?

For employers who are not open or operating on the public holiday dates, it is not clear if the declared public holidays become paid holiday leave for workplaces unable to operate under State of Emergency Orders.

The legal hours of operation under SOE Order 76 are from 6am to 2pm however, employers are asked to close earlier than 2pm due to a road curfew.

The President of Samoa Chamber of Commerce said this will need to be clarified with government and information will be made available to members as soon as received. 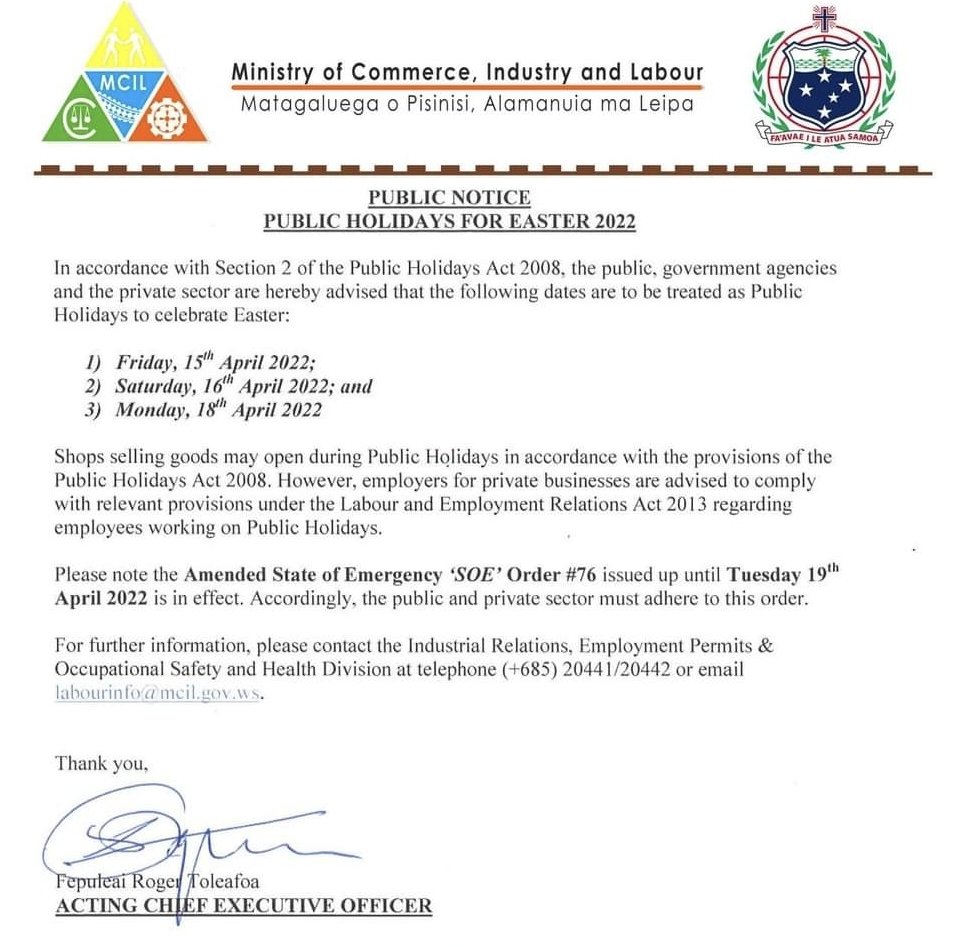