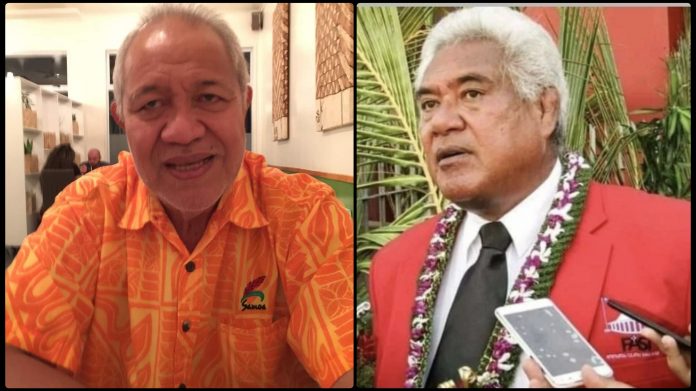 Friday 8 April 2022, Apia Samoa. Cabinet has appointed a high-powered Commission of Inquiry to lead a national review of the election process and make recommendations on the country’s Electoral Act following the April 2021 General Elections.

The Commission will be Chaired by former Public Service Commissioner Tuuu Luafatasaga Dr Ieti Taulealo, with a high calibre lineup of nine other members of the Samoa community – none of whom is a former MP or had run as a candidate in the recent general elections.

Minister for the Office of the Electoral Commissioner (OEC) Hon Lefau Faualo Harry Shuster said this is the first time the Commission of Inquiry will be made up of high standing apolitical members of the community.

“We have selected esteemed and qualified individuals from the community, and not those involved in politics such as former MPs and former candidates as we have seen in past years..”

The Minister said the Commission of Inquiry will be tasked to analyse and examine the 2021 General Election process and results, and also review the law and put forth recommendations on the existing Electoral Act.

“This is a huge task and we are thankful to the members selected for accepting the role,” added the Minister.

Commission Chairman Tuuu Luafatasaga Dr Ieti Taulealo said the Commission hopes to soon hold their first meeting, adding that the public will have the opportunity to make submissions as part of the inquiry process.

The Chairman said it is not a responsibility they take lightly, and expressed his appreciation to Cabinet and the Government for entrusting them to lead this important process for Samoa.

The Commission of Inquiry Members are: