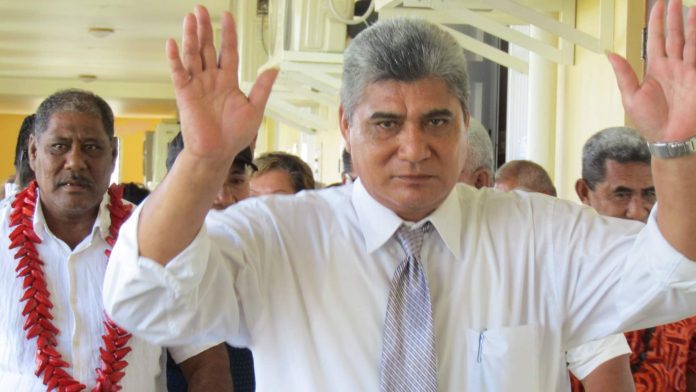 The petition against successful FAST candidate, Manuleleua Paletasala Tovale listed two witnesses, but only one witness was able to attend and give evidence.

Manuleleua is now the confirmed holder of the Faleata 1 seat, making it the 8th FAST elected member who was petitioned to be declared “safe” either by Court decision or by withdrawals.

Dr. Ah Ching from the village of Lepea had trailed a close 26 votes behind Manuleleua of Vaimoso in one of the closest margins of the April 9th general election. 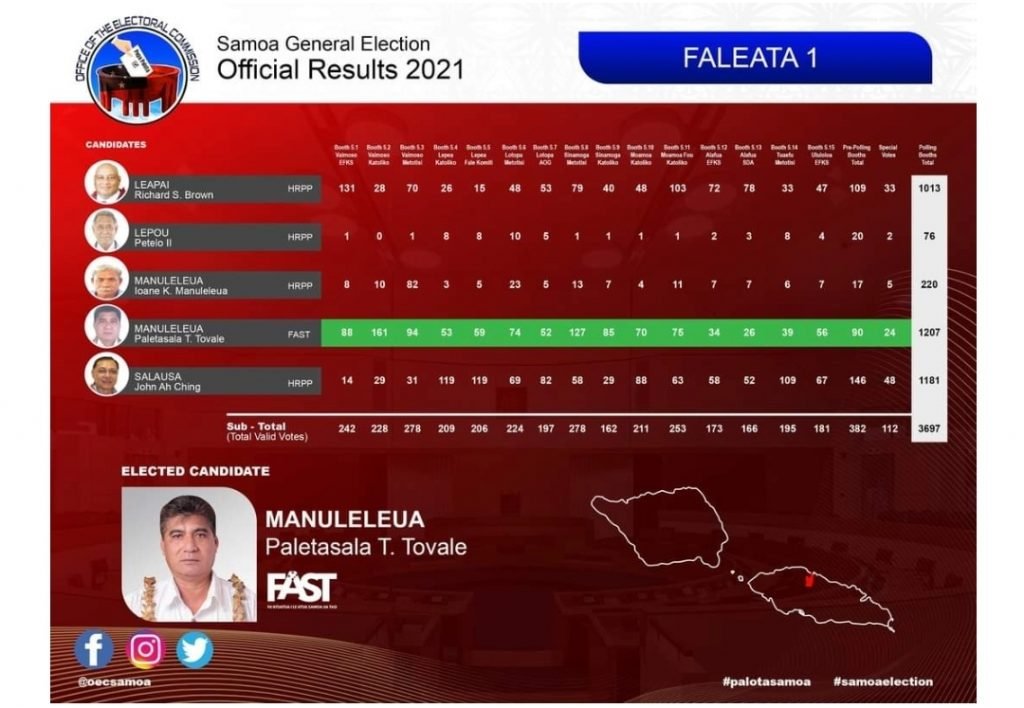 There were two other Vaimoso candidates, while Dr Ah Ching had another Lepea candidate splitting the votes. Faleata 1 had a total of four HRPP candidates, three running against Dr Ah Ching, making room for Manuleleua as the only candidate for FAST.

Outside Court, it was another FAST victory with Manuleleua showing his appreciation to the party, his family and village of Vaimoso as well as the district for their support.

Samoa’s Supreme Court is halfway through the 28 election petitions. So far, 8 FAST elected members have had their matters called and are safe, mostly by withdrawal by HRPP petitioners.

The count as of Wednesday 30th June 2021, if the two HRPP candidates who negotiated withdrawals on the basis of resignations do go ahead; is FAST 26 – HRPP 22 – Byelection 3.