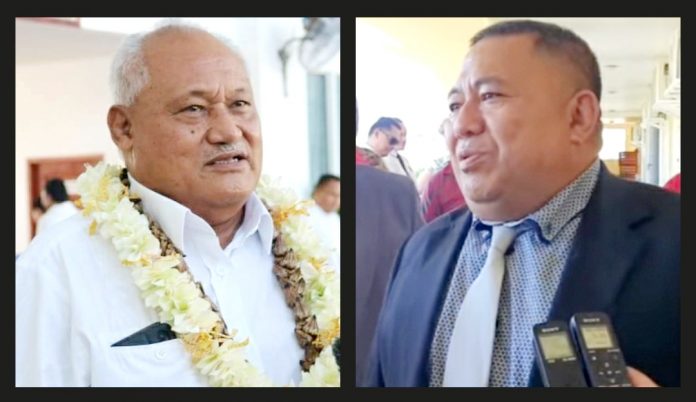 Petitioner Namulauulu Papalii Sami Leota also faces similar charges, through a counter-petition filed by Papalii Lio, however, both applications are expected to be withdrawn when the matter is called this week.

Outside Court last Tuesday 20 July 2021, both parties spoke to the media about their intentions to withdraw petitions for the sake of unity amongst the villages; and allow Papalii Lio to continue as the Fa’asalele’aga No3 MP for this parliamentary term.

Businessman and former President of the Samoa Chamber of Commerce, Namulauulu Papalii Sami Leota had confirmed his intention to withdraw, and wished Papalii Lio well in serving their constituency.

A lawyer by profession and former Assistant Commissioner of Police, Papalii Lio Masipau thanked Namulauulu for allowing him to continue as the elected MP for their constituency.

The Supreme Court adjourned the matter to allow for the manatory advertisement period of 7 days.

Advertisements were seen in the local daily newspaper on the 27th and 28th of July, 2021 indicating Namulauulu and Papalii’s grounds and agreement to withdraw their respective legal challenges.