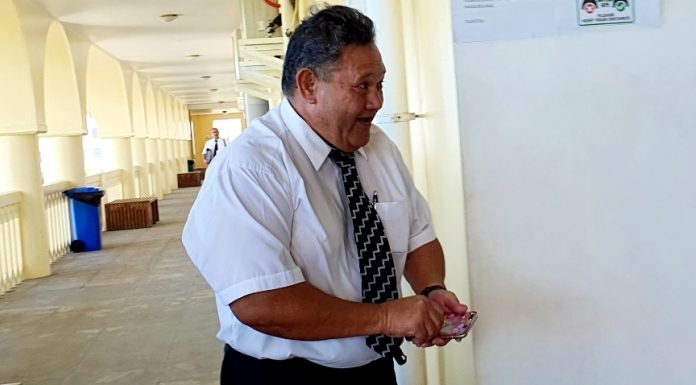 28 July 2021 Apia Samoa. The election petition alleging bribery charges against elected MP Tuisa Tulimasealii Tasi Patea has been withdrawn on the condition that he resigns as the representative for the Sagaga 4 constituency.

A lawyer by profession, Tuisa has also agreed to withdraw his counter-petition against FAST party candidate Tagaloatele Poloa who polled second at the April 9th general elections.

Sagaga 4 would have to return to a by-election, and the Court has indicated that they reserve the right to report “corrupt agreements” to the Speaker, should either party register as a candidate for the by-election.

This case was first called a month ago, on the 29th of June 2021, when Tagaloatale had made his condition clear, that he would only agree to withdraw his election petition against the HRPP winning candidate, if Tuisa would resign, and return to the by-election for a re-match. At the time it was thought that the Supreme Court would not take issue with those agreement terms.

Alli and Faipule of Sagaga 4 constituency have been seen outside Court pleading with Tagaloatele to withdraw his petition against the elected MP, and settle the matter out of Court with Tuisa.

Last week on July 19th, Counsels for both sides declared before the Supreme Court that negotiations had failed, and the matter would proceed to a hearing.

The Supreme Court has adjourned the matter to allow for the manatory public advertisements before formalising the withdrawal.

Representing the petitioner was Alex Sua while Arthur Lesa, who previously indicated he intended to withdraw as Counsel for Tuisa, returned to represent him.