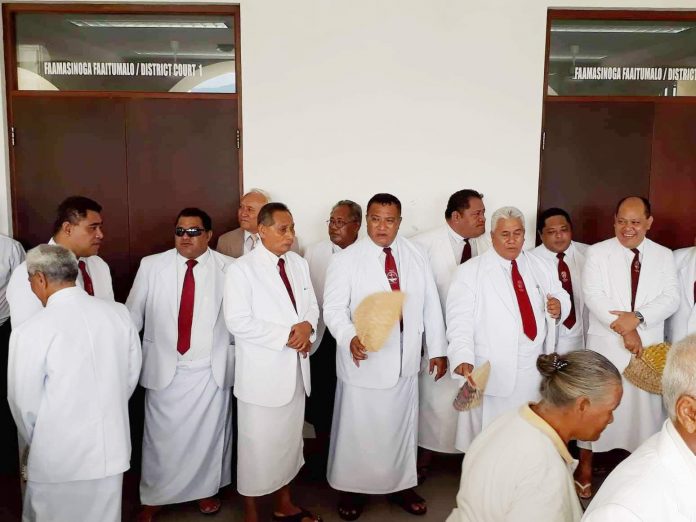 06 February 2019, Apia Samoa. The EFKS Church filed a motion asking the District Court to quash charges against 20 church ministers and sought a stay in proceedings to allow for a civil claim to be filed in the Supreme Court.

The EFKS motion states that the current laws infringes on Article 15 of the Consituion. Standing for the Church, Alex Sua told the Court that the charges were a miscarriage of justice against his clients.

Judge Alalatoa Rosella Papalii responded by questioning the relevance of certain parts of the defence Counsel’s motion in the District Court.

“The motions raise issues that petitions the law in which the District Court has no jurisdiction.”

Judge Alalatoa told defence Counsel that they needed to “sift out what is relevant” making it clear that criminal proceedings in the District Court are not put on hold due to related civil matters in the Supreme Court.

“As you know these are criminal procedures,” reminded Judge Alalatoa.

Alex Sua presented the same motions before Judge Roma for the 19 other faifeau.

The matter is adjourned for a Court hearing on the 19th February 2019.