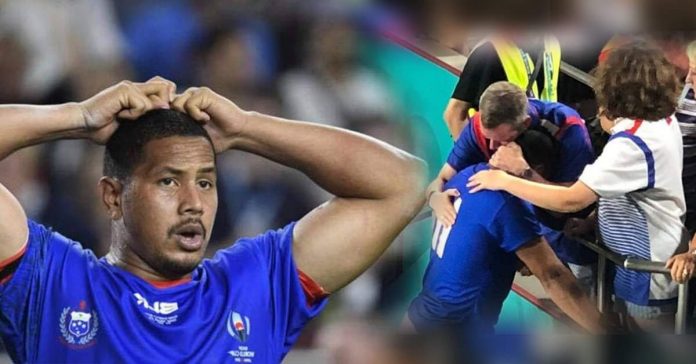 02 October RWC 2019 Japan.  When Samoa played Scotland earlier this week, the 34-0 scoreline wasn’t the only negative from that game.

Samoan Speedster Ed Fidow was given a Red Card following two yellow cards which led to two penalty tries for Scotland, making it impossible for Samoa to come back.

Ed Fidow’s red card meant he had to face a judicial disciplinary hearing in Tokyo today.

The World Rugby JC has found that the red card issued during the match was sufficient punishment for the 26 year old winger who is now cleared to play the remaining pool matches. 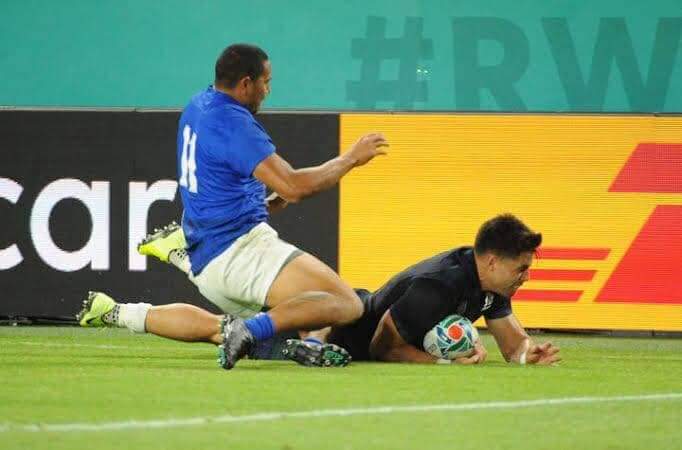 The judiciary concluded that Fidows two yellow cards were for minor offences not punishable by suspension.

The World Rugby release states, “After considering all the evidence and having given due consideration to the fact that:

a. the first yellow card was for a technical offence; and

b. the second yellow card was issued for a minor act of foul play which would not have warranted a yellow card but for the fact that the player had prevented a try being scored;

the Judicial Committee determined that the red card was sufficient. The player is free to play with immediate effect.”

Fidow’s red card was issued only because two yellow cards is an automatic red card.

Fidow is available for selection in an important game against hosts Japan on Saturday night.

The Manu Samoa winger and former 7s veteran was very emotional after Samoa’s loss to Scotland. Fidow played 46 matches for the Manu Samoa Sevens between 2015 and 2017.

The full written decision can be read here.