Monday 26 October 2020, Apia Samoa. Most would have slept through an earthquake of magnitude 5.9 on the Richter Scale that struck near Samoa at 1.47am early hours of Monday morning, 26th October 2020.

Its epicenter was located at 75km NNE of Hinifo, Tonga with a depth of 32.7km.

Several aftershocks were felt almost immediately after the earthquake. Aftershocks continued with another one striking over an hour later at 2.50am.

Also felt in American Samoa, Tokelau, Niue and Tonga; the Pacific Tsunami Warning Center (PTWC) had not issued a warning by 3am Samoa time. 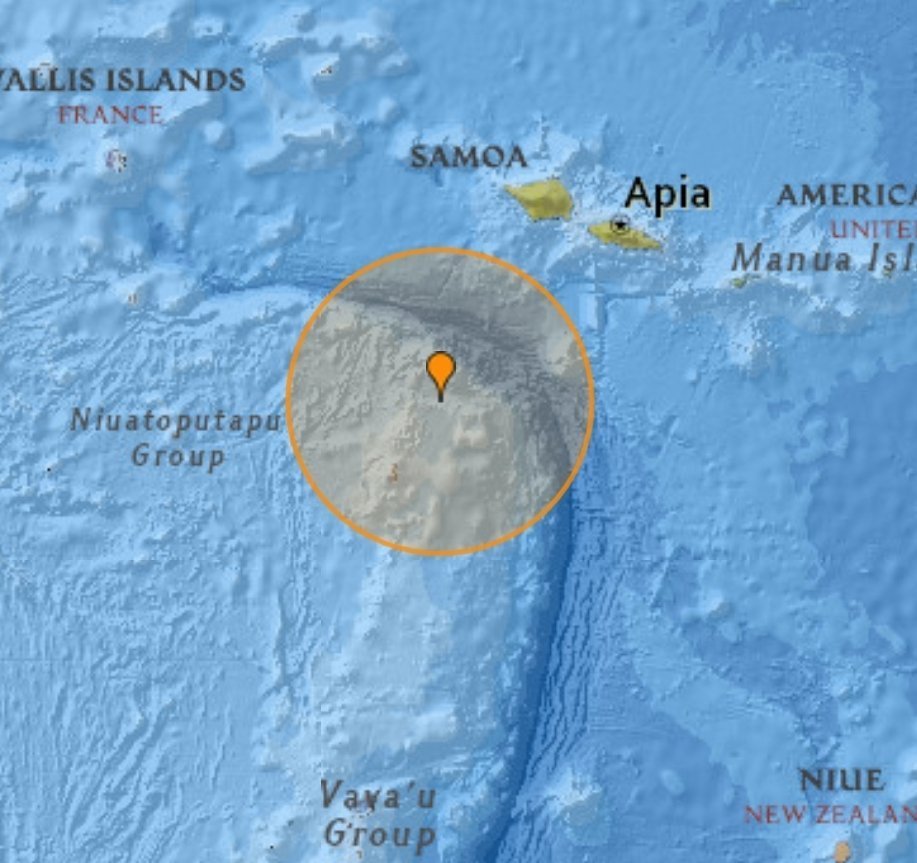 According to the US Geological Survey (USGS) Samoa also had 6 earthquakes of M1.5 or greater in the past 30 days, and 76 in the past 12 months.