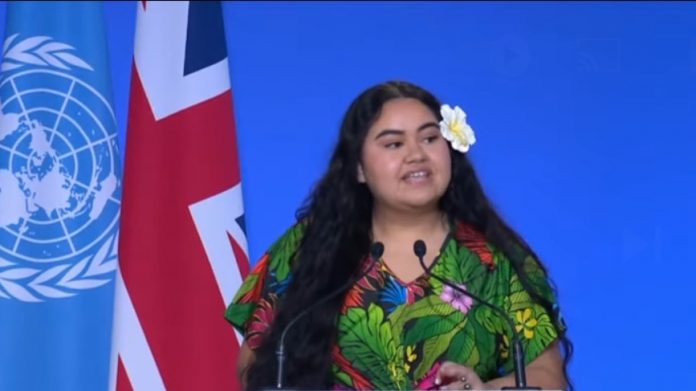 Daughter of Samoa and environmental activist Brianna Fruean has delivered a powerful speech during the opening of the United Nations’ COP26 climate summit.

Ms Fruean and Ms Txai Surui from the Brazilian Amazon were the two young activists amongst a lineup of prestigious speakers at the opening of COP26 that included Britain’s Queen Elizabeth II, UN Chief Antonio Guterres and Prince Charles.

Samoa’s climate activist spoke immediately after British Prime Minister and COP26 host Mr Boris Johnson, and challenged world leaders at the summit to have “the political will to do the right thing, to wield the right words and to follow it up with long-overdue action”. 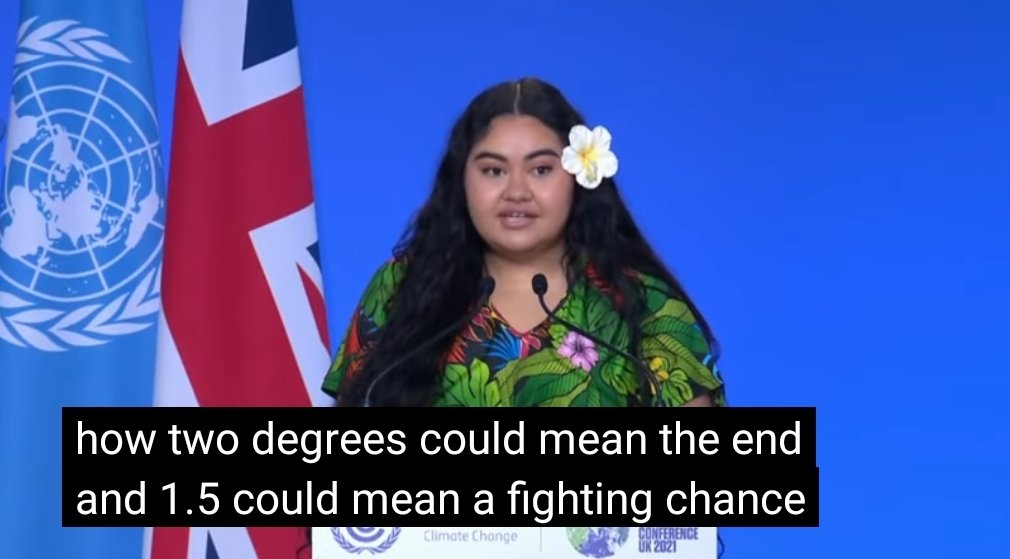 Ms Fruean said young Pacific islanders have been leading the way in the region in pushing for greater climate action.

“We are not just victims to this crisis. We have been resilient beacons of hope. Pacific youth have rallied behind the cry: We are not drowning. We are fighting,” she said.

Ms Fruean began by telling delegates that when she was young she was taught the importance of the impact of words, then utters a Samoan proverb to her global audience.

“In my culture in Samoa, there is a proverb that goes, e pala maa ae le pala upu –  it means, even stones decay, but words remain”.

“A lesson in knowing how words can be wielded.. how text can change everything.. how each word you use is weighted,” she said.

“How switching one word or number could reframe worlds. How climate action can be vastly different from climate justice. How 2 degrees could mean the end, and 1.5 could mean a fighting chance..

“You all have the power here today to be better, to remember that in your meeting rooms and drafting documents, are more than just black and white objects. To remember that in your words, you wield the weapons that can save us or sell us out,” said Ms Fruean with elegant poise and a confidence that captured her global audience. 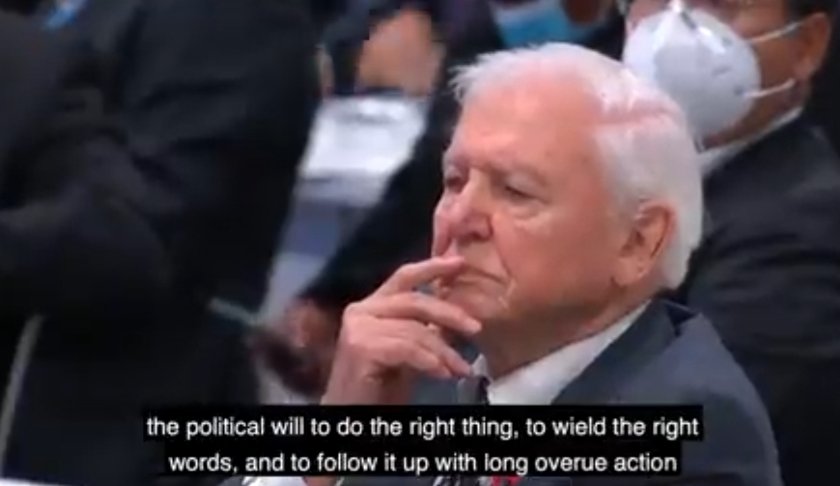 World leaders have made various new pledges to decrease emissions in the lead up to COP26, which is seen as being key to limiting global temperature rises to 1.5 degrees Celsius.

With just over 1 degree of warming since the Industrial Revolution, there have been more extreme cyclones, flooding, storms, heatwaves and rising seas, placing low lying Pacific Island nations at risk.

Brianna Fruean tells delegates that she need not remind them the realities of vulnerable communities.

“If you’re here today, you know what climate change is doing to us..

“You don’t need my pain or my tears to know that we’re in a crisis..

“The real question is.. whether you have the political will to do the right thing.. to wield the right words.. and to follow it up with long overdue action”, Ms Fruean challenged the global leaders.

“We are not just victims of this crisis, we have been resilient beacons of hope..

“Pacific youth have rallied behind the cry, We are not drowning, we are fighting! This is my message from earth, to COP. I hope you remember by words today and look closely at your words as you go throughout COP because, e pala maa ae le pala upu.”

Brianna is the daughter of Pauline Gabriel-Fruean and the late Raymond Fruean. Ms Fruean grew up in Samoa and attended St Mary’s Primary School, Vaiala Beach School, Robert Louis Stevenson High School and the National Univeristy of Samoa’s Foundation Year before leaving for New Zealand to pursue her degree at the University of Auckland.

Sharing about her preparations to present at the global event, Brianna says she woke up early, “about 6am and I thought.. today’s finally the day.”

“I’d spent a couple of days working on my speech – writing it out, making cuts. I felt immense pressure to represent the Pacific well”.

Brianna has been an inspirational representative of the Pacific on numerous previous occasions.

She was a keynote speaker at the Berlin Energy Transition Dialogue 2021 on 16 March 2021 alongside other notable world leaders. In November 2021 she addressed the 2021 United Nations Climate Change Conference.

Since her brilliant delivery at the COP26 opening, Brianna has been sought after by media outlets around the world, and has held a number of live interviews to share her experience of addressing COP26, and her background as an activist since she was 11 years old.

Brianna says she even woke up at 5am the next morning to go into the studio for the Good Morning Britain television show.