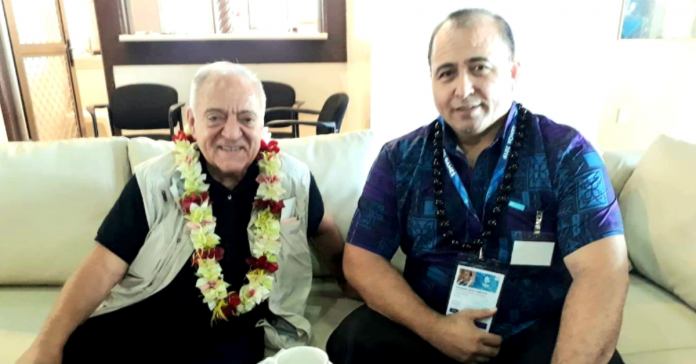 05 July 2019, Apia Samoa. President of the International Weightlifting Federation, Dr. Tamás Aján has arrived for the 4-in-1 Weightlifting Championships held in conjunction with Samoa hosting the XVI Pacific Games.

In a long visit until the 14th of this month, Dr. Tamás told Samoa Global News that conservatively he was banking on six to qualify for the Tokyo Olympics from the Pacific Islands.

“I expect that a minimum number of six will make it, but I know that there would be more;

“I look forward to the talent from across the world and here in Samoa for this great week of competition ahead;

The world President says that the sport has reached hugher levels of achievement by its athletes compared to “back in the day” and that he held high expectations for Pacific athletes to excel.

“For example last month, Samoan lifters won gold medals at the Junior World Championships held in Fiji, that shows the potential that the lifters from the Pacific Islands have nowadays.”

Dr. Tamás said that part of his visit to Samoa is to help the local lifters of Samoa.

The IWF President says it is his hope to maximise the participation of Pacific lifters to the Tokyo Oympics next year. 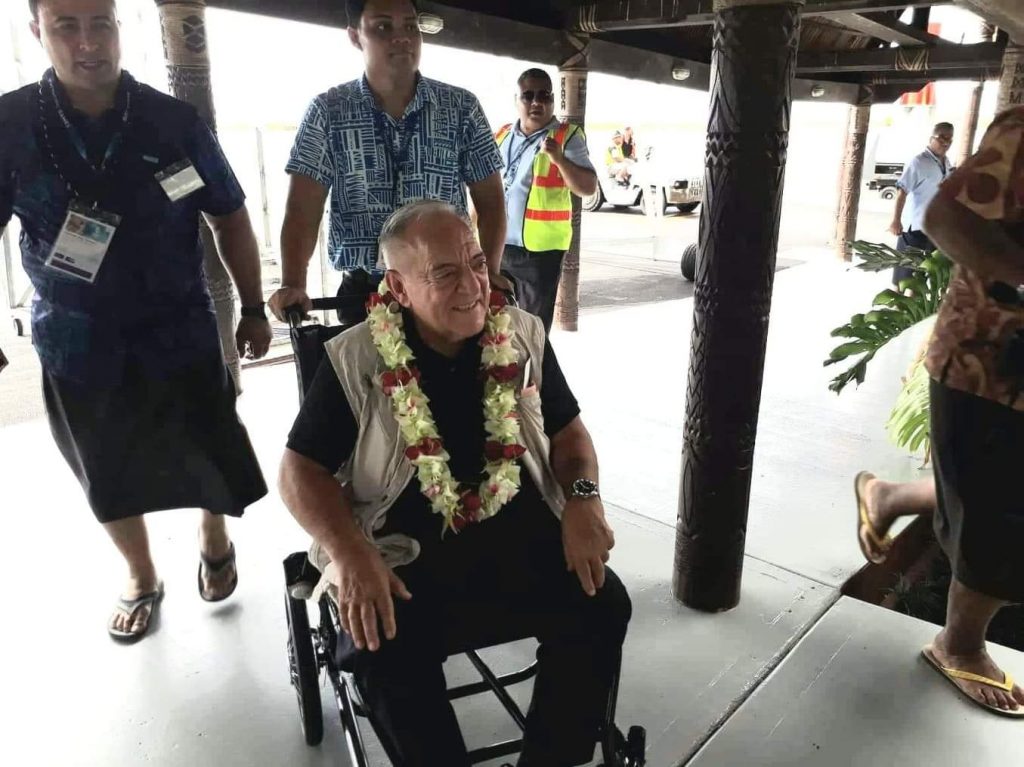 As President Dr. Tamás is on the board of the International Olympic Committee (IOC) and a council member of the Anti Doping Agency (ADA) as well as Vice President of the General Association of International Sports Federation (GAIS).