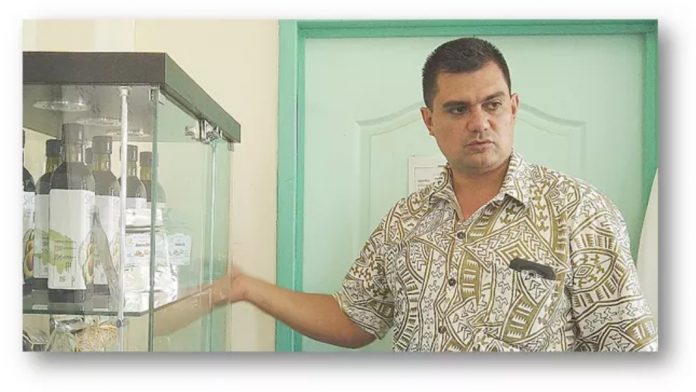 SROS was set up 14 years ago to lead scientific researches and develop technologies that sustain and add value to our goods and services for export.

Dr. Tauati started tertiary education in Samoa studying Agriculture at the USP Alafua campus where he graduated with the Diploma in Tropical Agriculture and Bachelor in Agriculture degree.

He is an alumnus of Kochi University in Japan where he graduated with the Master’s Degree in Bio – Resources Science; and the University of Bristol in the United Kingdom where he was accorded the degree of Doctor of Philosophy.

He has been a public servant for 13 years, serving in the Ministry of Agriculture and Fisheries before joining SROS. He has led Samoa’s Scientific Research Organisation for the past three years.

SROS has achieved a number of milestones under Dr. Tauati’s leadership as the CEO. SROS ventured into the production of Samoa’s first taro whiskey and rum. In efforts to help support environmental initiatives, the organisation has also produced biodegradable plastic bags.

He has led research into a number of medicinal plants with potential to cure ailments, and has continued to push for scientific research of herbal tea produced from leaves of local Samoan plants.

Dr. Tauati has been reappointed to continue SROS’s vision for a further three years.

Dr. Tauati is 41 years young, married to Mrs. Nora Tauati and is the father of two beautiful children. He is the son of Robyn Tauati, and the late Reverend Levaula Tauati.