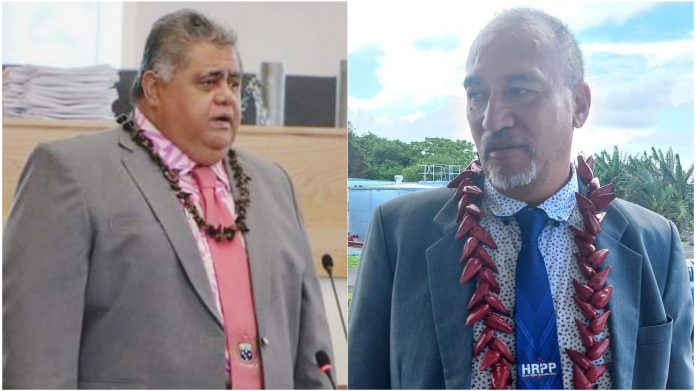 The Member of Parliament for Falelatai and Samatau, Lupematasila Tologata Tile Leia, has spoken out to express his disappointment in the way his District was oublicly named as one of the districts who had not followed guidelines for the Million Tala project.

In public statements to the media, Laaulialemalietoa Leuatea Polataivao Schmidt said that 10 districts stand to be suspended from the Million Tala project, because they had not followed procurement guidelines as set out by the Minister of Women, Community and Social Development who overlooks the project.

Laauli went on to list seven districts, and said the other three had slipped his mind. Falelatai and Samatau was one of the districts named.

Speaking to media outside Parliament this week, Lupematasila said Falelatai and Samatau are saddened by the unfounded accusations.

“Our financials have already been audited,” said the first time MP and former CEO of the Electric Power Corporation.

“We did follow all the guidelines that had been sent to us from the lead Ministry of this Project, and the responsible Minister,” said Lupematasila.

The MP for Falelatai and Samatau said his District Development Committee was paid a visit by the Committee overlooking the Million Tala project. “They visited us just last Saturday for an inspection, and as far as I know, there are no issues.”

“I hope they have everything they need now to clear these accusations.”

The Ministry of Women, Community and Social Development have been contacted for a comment and to confirm the accusations against the 10 districts. A request has also been put to MWCSD to publicise the process, principles and expenditure guidelines of the Million Tala project, as well as the Financial Statements of how Districts spent the initial tranche of $200,000 distributed.

No response has been received from the MWCSD.