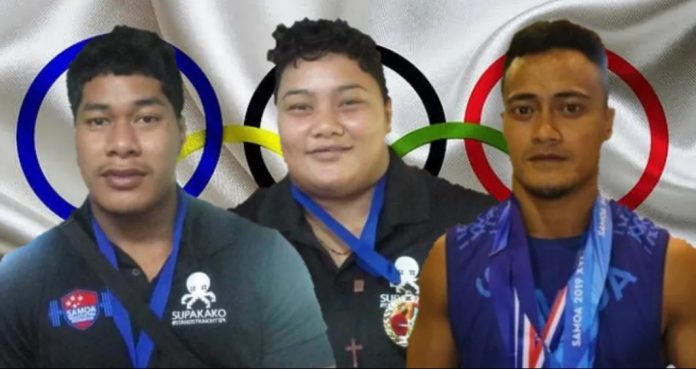 The Government of Samoa has made a call based on Covid-19 restrictions that has led to the withdrawal of three Olympic qualified weightlifters from the Tokyo Olympics.

Tonight Tuaopepe Asiata Jerry Wallwork says the road to Olympic qualification has not been easy, and the unfortunate situation is most disheartening.

“I feel for my athletes who have given sweat and blood over the past 4 years preparing for this event;

“It is a once in a lifetime opportunity that may not come around next time,” said a disappointed Tuaopepe.

Caretaker Prime Minister Tuilaepa Sailele Malielegaoi in his weekly 2AP radio interview apologised to Tuaopepe, explaining the decision was based on the hike in cases of the new Covid-19 variant now in Japan.

In a press sstatement the President of the SASNOC Patrick Fepuleai says Samoa will still be represented by 11 overseas-based athletes who have qualified for the Tokyo Olympics, but the 3 weightlifters based in Samoa will not be able to participate following a recent announcement by the Government that there would be no “Team Samoa” attending.

“I wish on behalf of SASNOC to clarify this,” says Fepuleai.

“Samoa has 11 athletes who have qualified as of right to compete at the Olympic Games. Of these, 3 are based in Samoa (weightlifting Team), 2 are based in Australia (boxing team), 4 are based in New Zealand (sailing and canoeing), 1 in the US (Athletics) and 1 already in Japan (Judo);

“In addition are the coaches and the management team that would accompany these athletes”.

Fepuleai says SASNOC is in support of the Government decision, despite there being only three qualified athletes in Samoa who have worked for the past 4 years to qualify.

“We only have to look to Fiji
to see the impact of the virus and the need to protect our borders” says Fepuleai.

The Government decision, made by its Caretaker Cabinet has come three weeks out from the event.

“SASNOC and the Samoa Weightlifting Federation are withdrawing the weightlifting team from going to the Olympic Games”, cinfirms Fepuleai.

“Samoa, however will be represented at the Olympics by our other athletes who are based overseas”.