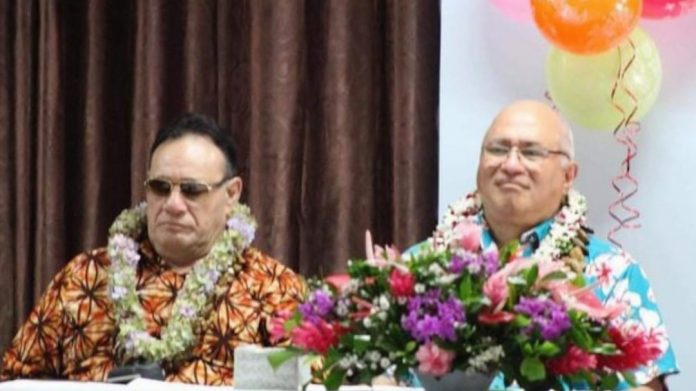 “There is a lot of work to be done to lift health service standards and many areas that need improvement..”

That was the message from the newly appointed Director General of Health in Samoa, Aiono Dr Alec Ekeroma, also an academic Professor who led the National University of Samoa for the past three years.

Aiono was speaking at a formal welcoming ceremony held on Thursday afternoon attended by Ministry staff as well as the Minister and Associate Minister of Health.

Dr Ekeroma spoke about the importance of working collaboratively and called for a spirit of working together as the Ministry prepares for the year ahead.

The Minister said good work and success happens when we utilise our God given talents towards our calling.

The Minister said good work does not come easy and the pathway to success is not always smooth.

Minister Valasi also encouraged the staff present at the ceremony to work together with the new DG, and called for support to be shown towards Aiono.

Aiono Dr Ekeroma has been the Vice Chancellor of the National University of Samoa for the past three years.

In July 2021 the National University of Samoa announced his reappointment as Honorary Professor in the Department of Obstetrics, Gynaecology and Women’s Health until February 2024.

He also graduated from the University of Auckland with a Diploma in Obs, Obstetrics and Gynecology.

He has served in various capacities in the areas of Health Care since 1986 and is also the owner and operator of Alec’s Hotel and private medical clinic at Motootua.