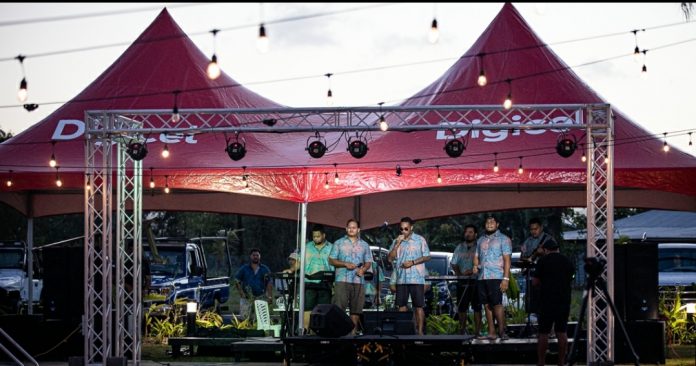 Digicel Samoa hosted ‘A Night with the Stars’ at Lava Hotel, to celebrate local artists and to promote TV1’s Samoa Star Search with guest performances from the Top 8 contestants for this year.

“It gives them a platform to showcase their talents and to allow them to explore their creativity,” said Witthuhn.

“This is a great opportunity for them to get out of the studio and perform in public to shape up their confidence and gear them up for the finals should they advance.”

Guests were thrilled to have also had the opportunity to hear a live performance by the internationally acclaimed Mr. Cowboy, aka Sam Ah Chookoon. 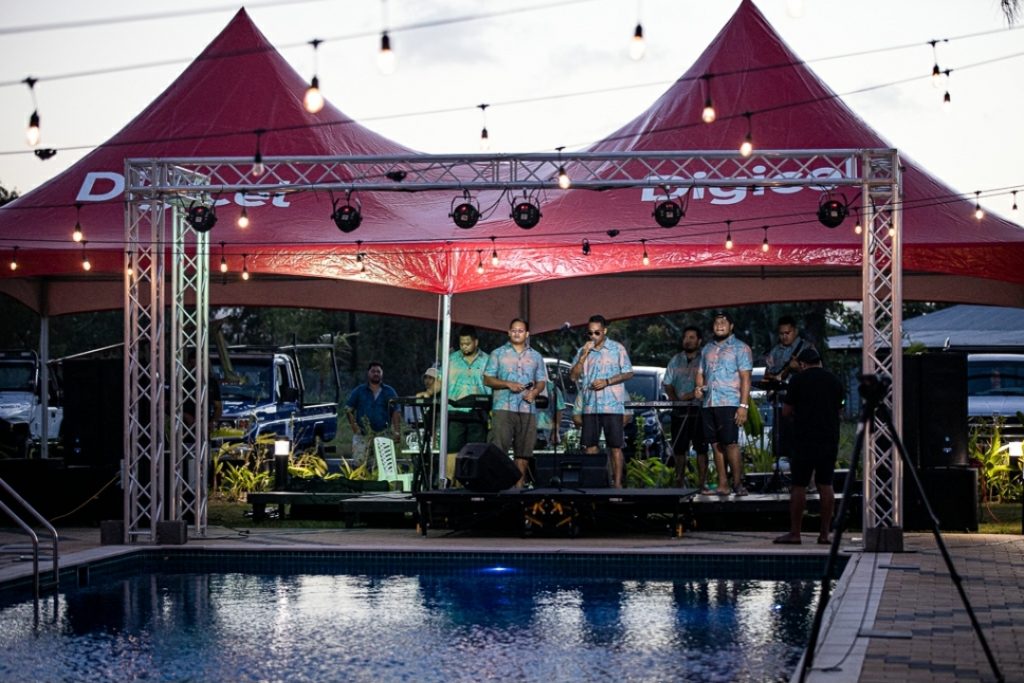 Being both a telecommunications and entertainment provider, Digicel doubled up the event as an opportunity to promote two of it’s own apps.

D’Music and PlayGo can both be downloaded from PlayStore.

The event was hosted by Digicel Samoa in partnership with Lava Hotel, and Vailima Breweries in association with TV1