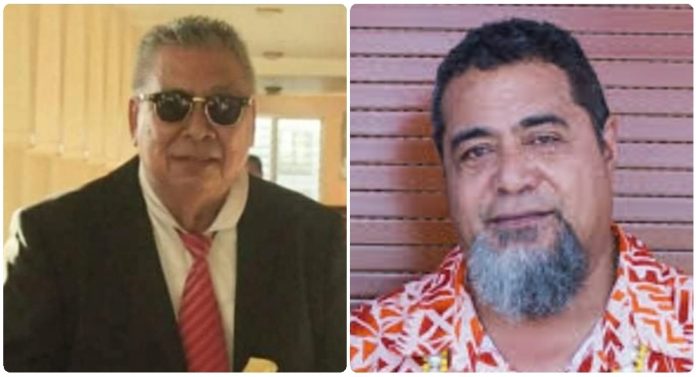 Deputy Ombudsman, Pepe Maualaivao Seiuli has been charged by Police following a complaint lodged by businessman Maualaivao Patelesio (Pat) Ah Him over heated discussions during a Village Council meeting.

The charge was confirmed by Deputy Police Commissioner Papalii Monalisa Keti who says
Maualaivao is facing one count of uttering insulting words following an alleged incident during a village council meeting prior to the April 9 general elections.

Police say the complaint was lodged with the Ministry of Police and Prisons by Maualaivao Pat Ah Him last year November, where the former Associate Minister of Health claims the Deputy Ombudsman defamed him with insulting words during a Malie village council meeting, when election candidates were being discussed.

Maualaivao Pat Ah Him ran the April 9 general election as an Independent, and polled in second place to Seiuli Ueligitone Seiuli.  An election petition was then filed by Maualaivao Patelesio against Seiuli Ueligitone, which led to Sagaga 2 vacating its seat, and both Malie matai being disqualified from running elections for the 10 year stand-down period.

In response to questions from Samoa Global News, the Deputy Ombudsman confirmed there were heated discussions at a village council meeting in the months prior to the general election. Pepe Maualaivao Seiuli said the village council of Malie wanted to back Seiuli Ueligitone Seiuli as its single candidate.  He said the village of Malie was also dissappointed with the election petition that followed. He confirmed that Maualaivao Pat Ah Him has since been banished from Malie.

According to the Deputy Police Commissioner Papalii Monalisa, Pepe Maualaivao Seiuli is due to appear in the District Court on the 10th of November 2021.