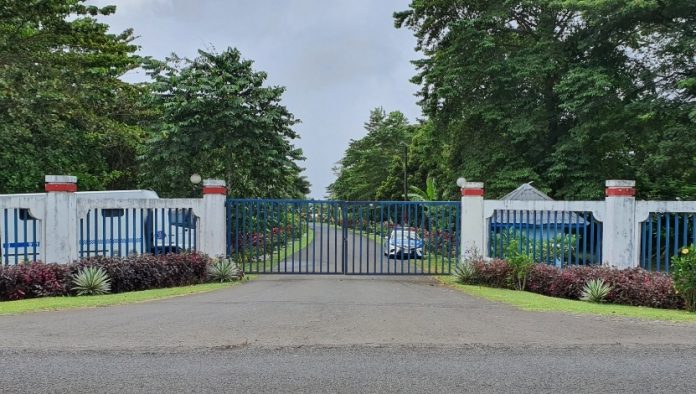 Deputy Head of State Afioga Tapusatele Le Mamea Tuiletufuga Ropati Mualia has had his office shifted from the Fiame Mata’afa Faumuina Mulinu’u II Government Building at Eleele Fou, to the Head of State’s residence in Vailele.

This was confirmed by Prime Minister Fiame Naomi Mata’afa who said the Head of State’s residence building is better suited for offices thus the decision to shift the Deputy Head of State there.

“The current house is better suited for offices than a residence for the Head of State”, said Fiame.

The Prime Minister was responding to questions from Samoa Global News in relation to a press statement by the Human Rights Protection Party (HRPP) where opposition leader Tuilaepa Dr Sailele Malielegaoi expressed sadness that the Faatuatua i le Atua Samoa ua Tasi (FAST) government “has kicked the Deputy Head of State out of his office” to make room for the incoming Deputy Prime Minister.

“Reports from the government building indicate the offices used by Le Mamea Ropati Mualia have now been made the office of the Deputy Prime Minister, former Independent MP Tuala Iosefo Ponifasio”, says Tuilaepa in an HRPP release.

According to Tuilaepa, there was never an “official office” for the Deputy Prime Minister.

“They have usually used the allocated ministerial offices for their allotted portfolio,” said Tuilaepa.

“Tuala is the Minister for Customs and Revenue and has an official office allocated to that portfolio”, adds the opposition leader.

Le Mamea represented the electoral territorial constituency of Lefaga and Falese’ela for more than 40 years as a Member of Parliament before he retired from politics in 2015.

Before the closure of the 2016 Parliamentary sitting, Le Mamea was unanimously elected to the Council of Deputies with the late Tuiloma Pule Lameko, as Deputy Heads of State.

Le Mamea was one of Samoa’s earliest scholarship awardees who returned home and worked for the Government for a number of years before he ventured into the private sector to start the first private pharmacy in the country, managed today by his children, also Pharmacists. Le Mamea also ventured into the Hotel Industry with the opening of Hotel Elisa.