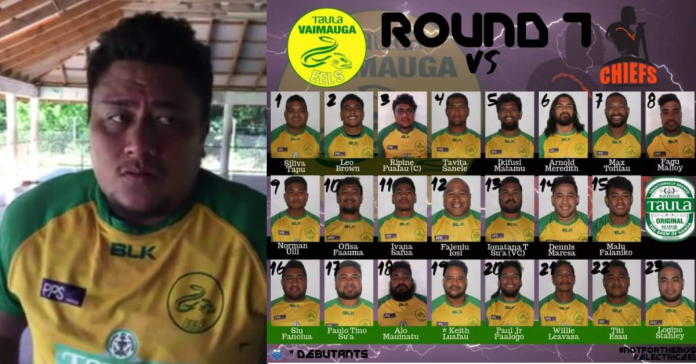 25 May 2019, Apia Samoa.  The Taula Eels has won convincingly in a much anticipated rugby match against the Aana Chiefs at Fasitoo Tai today.

The half time score was 20-10 with Taula Eels running in two tries to Ripine Fualau and Faleniu Iosi and a penalty and two conversions by Malu Falaniko.

The defending champions settled into the second half to secure a comfortable win by 51-29.

Eels Captain Ripine Fualau thanked sponsors Taula and Samoa Beverages, and said that the campaign is not over.