A massive explosion believed to have been caused by ammonium nitrate that had been stored in a warehouse near the capital’s port, released a shockwave causing widespread damage to buildings and shattering windows in different parts of the city.

The Lebanese health ministry says it expects the death toll to rise, and that so far at least 73 people have been killed while 3,700 are registered wounded. 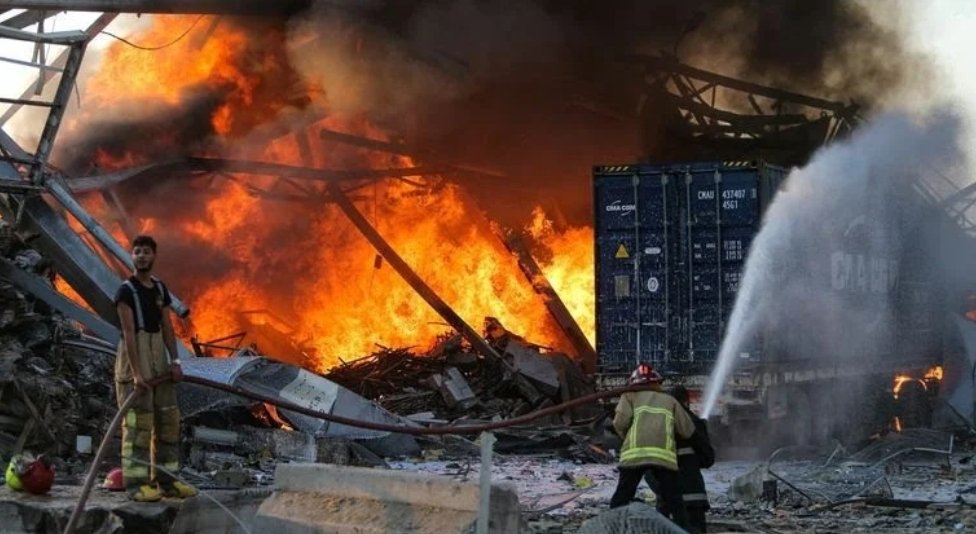 Lebanese President Michel Aoun has said that it is “unacceptable” that 2,750 tonnes of ammonium nitrate were stored in a warehouse for six years without safety measures.

Aoun has pledged that those responsible would face the “harshest punishments”.

General Security Chief Abbas Ibrahim has said some 2,700 tons of ammonium nitrate were in Beirut’s port on the way to Africa when they exploded.

Ibrahim made the comments after a meeting of Lebanon’s Higher Defence Council, which brings together the president and all major security agencies.

Cars were thrown for miles from the impact of the explosion.

Survivors have described the scene as an apocalypse as confusion tore through the city. Read Al Jazeera updates and interviews with survivors here.