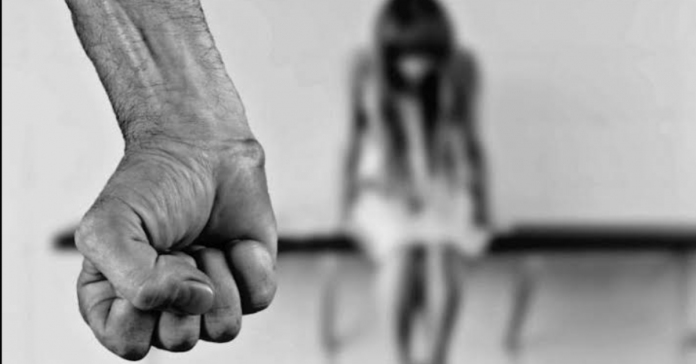 14 March, 2019. Samoa – A teenage girl has had to take the stand and give evidence against her own father who has been charged with sexual violation and indecent assault towards her. The young victim was seen crying throughout the hour and 15 minutes of her testimony in open Court.

The alleged incident occurred last year in June within a home, in Savaii.

Justice Mata Tuatagaloa issued a suppression order to protect the identity of the victim, and as such, the same was extended to the defendant, who was unrepresented in Court.

The Court heard that in the month of June last year, the first incident occurred while the victim was sleeping with her mother in an open house at their home in Savaii.

She said while sleeping her father came and sat next to her. Her mother had woken and asked him, “What are you doing there?”  (O le a lau mea ga e fai iiga?)

The defendant responded and said, “I came to bring the phone to my daughter.”  (Ga ou sau e aumai le kelefogi i lo’u afafige).

On the second night the victim told the Court she was having dinner with one of her brothers, and when he stepped out to answer his phone, her father came in and said to her, “When the lights go off, then come to my hut out back.”  (A pepē loa molī oga e alu aku loa lea i kua.)

On the third day the victim told the Court that her father then came to her bedside and touched her inappropriately.

“I was asleep, and my father came and reached his hands into my t-shirt, and rubbed my breasts, and with his other hand, he reached into my pants and did awful things to my private parts.”

Justice Tuatagaloa asked the victim what she meant by this, and the victim had to further explain that her father inserted his fingers into her.

In tears the victim told the Court this occurred while school was on, so the next day she went to school and did not return home. Instead, the victim said that she went to her cousin’s home on the other side of Savaii from where they lived.

She told the Court that she did not tell her mother, but had instead confided in her older sister who lived in Upolu. Her sister instructed her to stay on at their cousin’s house and to leave everything to her.

The Court heard that the victim’s uncle (her mother’s brother) who lives with them had gone to the cousin’s house and taken the victim back to her home.

The daughter continued her testimony to explain that when they arrived back home, her father asked if she had told anyone about the incident.  She told the Court that when she had said, yes, she already told her brothers about what had happened, her father went into a rage.

“He said to me, is this what you want? I am going to kill myself now.”

She told the Court that her father then pulled her hair and tried to stab her with a machete before one of her brothers ran in and punched him, causing him fall on the ground, finally loosening his grip on her.

The Court heard that the family had a talk after the commotion and decided to report the matter to the police.

The victim told the Court that she was scared of her father was therefore also scared to tell her mother.  The teenager is now under the care of the Samoa Victim Support Group.

The victim’s mother took the stand, to say that it was her wish to have her husband back and to have their family restored.

Unrepresented in Court, the defendant denied all the allegations against him and during cross examination, he accused the victim of lying, questioning her about the exact dates of the incident.

The teenager was unable to stop herself from crying, tears running down the young girl’s face throughout the proceedings.

“How can you place your hand and swear on the Holy Bible when you are lying?” asked the defendant (E faafefea ona e tauto ma tuu lou lima i luga o le Tusi Paia ao lena e te pepelo).

The victim responded by saying she was over at her cousin’s house.

The defendant then put to the victim that he could not have done these things if she was over at her cousins place.

“How could I have done these things you say, when you were sleeping over there?” (E faafefea la oga e faimai ga ou faia ga mea ia oe ao lega sa e moe i o?)

The victim told the Court she could not recall the exact dates of when the incident occurred but insisted that she was telling the truth.

“You did those things before I went to there” (Ga muamua e faia mea ia, ae mulimuli ai o’u alu i o)

The defendant still insisted that he did not do anything to his daughter.

“I am denying all these allegations. How can you stand there and say those things, when you have sworn to tell the truth?” (O lea ou ke kekee i mea uma gei, faafefea ga e ku iiga ma faimai ga kala o le ga sa e kauko e ke kaukala i le mea mogi?)

Justice Tuatagaloa adjourned the matter to this Friday 15 March 2019, to deliver her verdict.