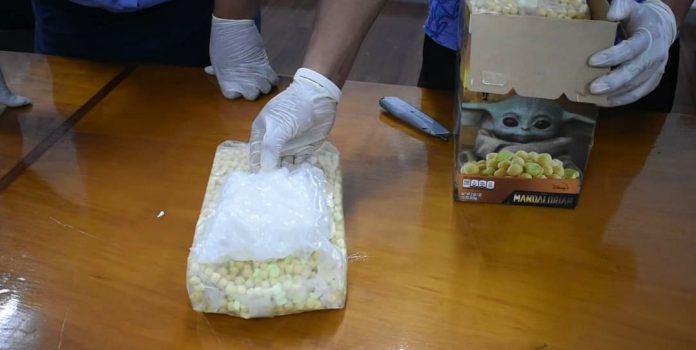 Police have today confirmed they arrested a customs officer in relation to over $500,000 tala worth of drugs confiscated at the border yesterday Tuesday 2nd February 2021.

The Samoa Police, Prisons and Corrections Services (SPPCS) confirmed in a press statement  the consignment was addressed to the Customs Officer now in custody to await a first Court date.

According to SPPCS the consignment searched by both Customs and Police yesterday, contained methamphetamine that is now being further tested by the Scientific Research Organisation of Samoa (SROS).

“The joint effort by Customs and Police to disrupt the infiltration of Samoa’s borders with drugs has resulted in this arrest. Preliminary tests confirm the discovered items to be methamphetamine. Samples have been referred by Police to the Scientific Research Office of Samoa for further evaluation. The street value of the seized drugs is believed to be approximately SAT$500,000 tala”, reads the statement.

Police do not confirm that the consignment received yesterday is linked to a very similarly packed consignment confiscated in December last year, also packed into boxes of cereal, also containing a packet of methamphetamine about $500,000 tala worth.

“Investigations are continuing to determine whether the said individual and/or others is connected with the methamphetamine and cannabis discovered at the border in December 2020..”

“The actions of this individual does not reflect the hard work implemented everyday by members of all Border Security agencies in detecting and preventing of these illegal substances from entering our country and consequently into our communities”.