The Head of State has used Samoa’s SOE Orders set aside for national emergencies to legalised special booths for the upcoming elections.

Samoa has been in a continuous State of Emergency since March last year in national efforts led by the National Emergency Operations Centre (NEOC) to keep the nation safe from the global Covid-19 pandemic.

This week, however, the addition of section 21 to Samoa’s Covid-19 State of Emergency Orders directs the Electoral Commissioner to set up special booths “for the secure conduct of general elections”. 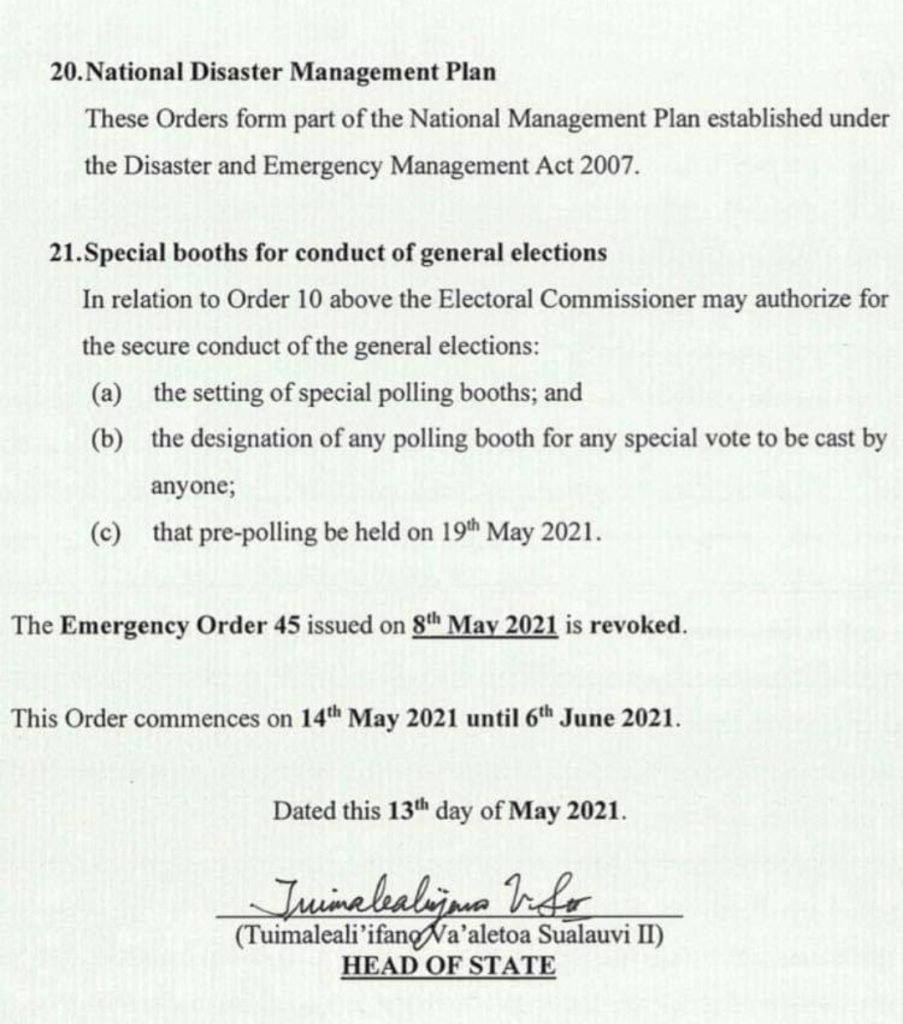 Samoa’s election process did away with special booths when Parliament passed 2019 amendments to Samoa’s Electoral Act, despite pleads from opposition MPs that the move would cause unnecessary inconvenience and be costly to voters.

The reasons for doing away with special booths according to the Government at the time, aligned with the move to encourage voters to register where they resided, with rural constituencies reportedly unhappy with MP winning seats through votes casted at special booths in Urban Apia.

Under S54(2) of Samoa’s Electoral Act 2019, polling booths must be set up within  the Constituency and not outside. 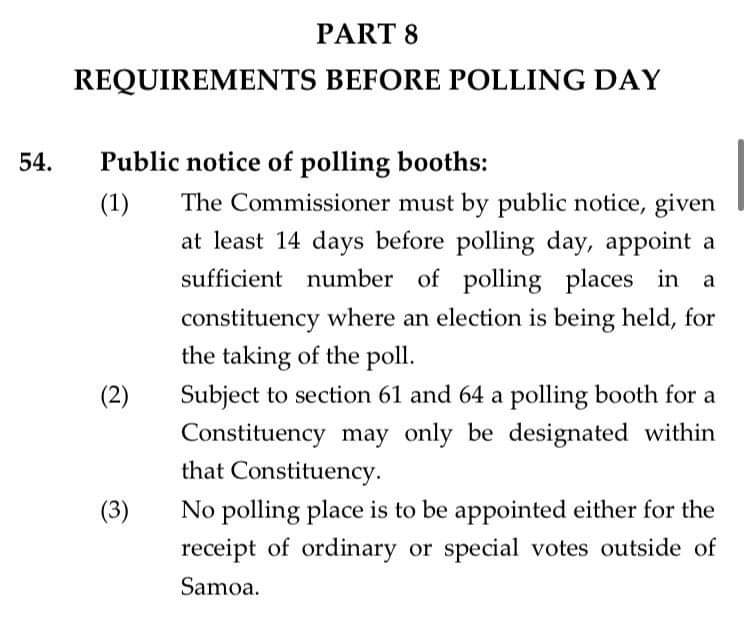 Many were impacted by the amendment during the 9th April General Elections when they were made to travel to rural villages as well as on the ferry back to Savaii, to cast their votes.

Last week Caretaker Prime Minister in his weekly media program announced that he had directed the Electoral Commissioner to ensure special booths were brought back for the 21st May elections on account of safety as well as the impacts on travellers overcrowding the ferry to Savaii.

The suggestion would not have been legally possible however, given the Electoral Act cannot be ammended without a sitting of Parliament. The SOE rules set aside for national emergencies, has been used to effect this change the maybe-elections.

A Court decision on the validity of the Head of State’s writ revoking 9th April Elections and calling the 21st May General Election is due to be delivered next Monday 17th May 2021  together with a decision on the interpretation of Article 44 adding an extra Member of Parliament.

Preparations for General Elections with pre-polling on Wednesday 19th May and polling date on Friday 21st May 2021 are underway with the OEC holding training for officials and the Ministry of Labor announcing public holidays for next week Thursday and Friday.

The Court decisions will be delivered at 12pm and 3pm on Monday.