An urgent hearing date is to be set in the next two weeks for the civil claim by former Parliamentarians Olo Afoa Fiti Va’ai and Faumuina Wayne Fong who were ousted from Parliament for crossing the floor when they registered as candidates of the new political party, Faatuatua i Le Atua Samoa ua Tasi (FAST).

Represented by former Assistant Attorney General Muriel Lui, Olo and Faumuina are arguing against the decision of the Speaker of Parliament, Leaupepe Toleafoa Apulu Fa’afisi who along with others, is the respondent to the matter.

During civil mentions in the Supreme Court of Samoa yesterday afternoon, Justice Leiataualesa Daryl Clarke postponed the matter for court call-overs on the 13th December for an urgent hearing date to be set for the matter.

He also ordered counsels for the Attorney General to file and serve their responses to the applicants’ claims, by this Friday before 3pm.

A former Tautua Samoa party Member of Parliament (2011-2016) Olo Afoa Fiti Vaai returned to Parliament as an Independent MP for Salega No2 and has often been the lone opposition voice in a sitting where the ruling HRPP party had secured a landslide victory in 2016. HRPP won 35 of the 49 elected seats in the Legislative Assembly, with the addition of the special seat for women as well as 11 independents who subsequently joined them. 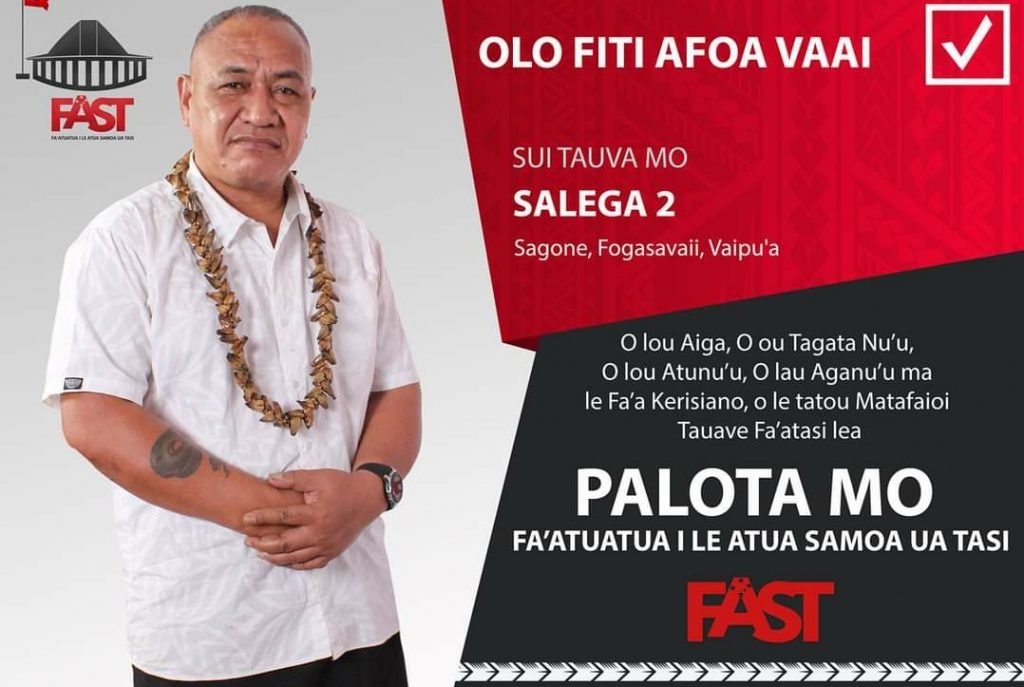 Businessman Faumuina Leatinuu Asi Wayne Fong first entered Parliament in 2016 running as an Independent who was later invited to join the HRPP.

Faumuina served his first term in Parliament as an MP known for  publicly airing his opinions on various issues on social media. Faumuina has often posted about being “summoned to the White House” and sternly spoken to for his outward expression of opinion.

The MP for Faleata No2 reverted back to being an Independent MP when he was forcibly removed from the HRPP in July this year, the Prime Minister and leader of HRPP saying at the time that it was due to betrayal of the party, by his public remarks in questioning government decisions, initiatives and programs. 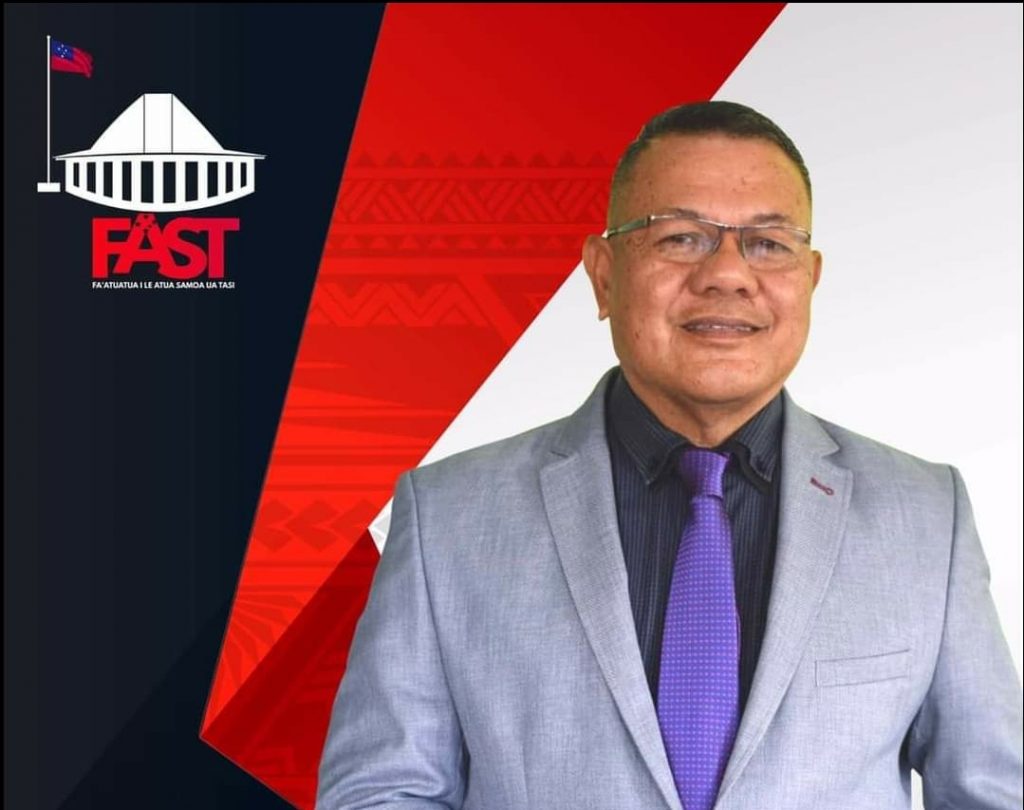 When election candidate registrations closed on 23rd October 2020, both independent MP’s had registered their intention to run the upcoming  2021 general elections as members of the newly established FAST party.

Less than a week after the close of registrations, Speaker of Parliament Hon. Leaupepe Taimaaiono Toleafoa Apulu Fa’afisi, in letters delivered by the Sergeant-at-Arms of the Samoa Parliament, wrote to inform Olo and Faumuina that their seats had been declared vacated.

In separate letters to each MP, the Speaker says Olo and Faumuina had breached s140(4) of the Electoral Act by failing to remain as independent members for the entire parliamentary term.

The civil case now before the Courts will consider an interesting set of arguments about whether the current laws are designed to stop an MP from deciding to join a new political party starting up for the purpose of an upcoming general election.

The current 5-year parliamentary term officially ends at the dissolution of Parliament in January 2021.

Until recent amendments, Parliament would dissolve before candidate nominations closed, allowing sitting MPs to switch allegiance between terms or from term to term, and not during a parliamentary term.

Olo Fiti Vaai says the newly enacted laws and recently imposed legal requirements do not allow an Independent MP to choose a political party for a future term.

He says the laws, as they are written and applied, had placed him in the middle of a rock and a hard place.

He adds that it is important to follow the legal process and believes that the Constitution safeguards Members of Parliament, by giving the Supreme Court the power to decide.

“The Speaker has quoted s46 of the Constitution, but we are coming from s47 where right of a person to remain a Member of Parliament, is determined only by the Supreme Court,” says Olo.

Olo maintains that he has kept the oath he took in 2016, to remain an independent member for this current t parliamentary term, however, the timing of candidate registrations, which closed 23rd October, has put them into this position.

Faumuina Leatinuu Wayne Fong also said at the time that they were not surprised and had expected the decision taken by the Speaker, and that the matter would be best decided in Court.

Faumuina says he believes the intention of the current legislation, is to stop MPs from crossing the floor, or switching party allegiance during the parliamentary term, however, “that is not what is happening here..”.

Faumuina highlighted that this gap only now exists, because candidate nominations now close three months before the dissolution of Parliament.

“We had no choice but to honestly declare that for the next parliamentary term, we are choosing to run as members of FAST”, says Faumuima.

In his letter, the Speaker of the House states that he must act in accordance with S142(1) of the Electoral Act 2019, and Parliamentary Standing Orders 21(6), that requires him to charge the Independent MPs with vacating their seats for failing to remain as Independents for the Parliamentary Term.