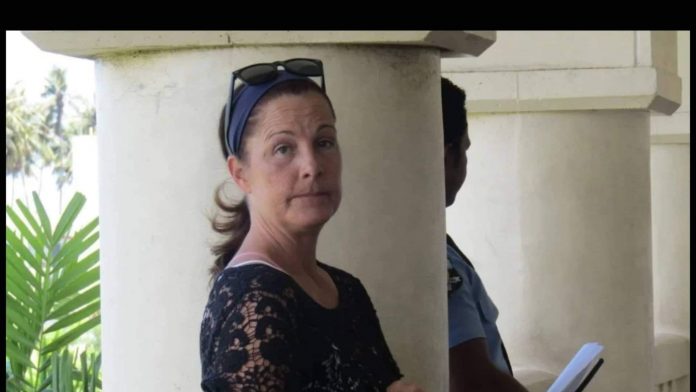 A woman caught with 18.2 grams of marijuana as while entering the country at Faleolo International Airport last April appeared once again before Justice Leiataualesa Daryl Clarke this week.

Stephnie Westberg was travelling from New Zealand when a member of Samoa’s K9 Unit, Inspector Flynn sniffed out the drugs found in her luggage.

The 49 year old entered an early guilty plea through her lawyer Treena Atoa to two charges; one þþþof possession of narcotics and importation of narcortics

This week Justice Leiataualesa Daryl Clarke has given counsels of both sides one month to enter submissions on the interpretation of Article 20 of the Immigration Act 2004 that deals with the Cancellation of Visitor and Temporary Entry Permits.

In Court Justice Leiataualesa said, “In NZ my review of their authorities is that they generally let the two Immigration authorities determine wheather or not to cancel permits of Courts and there is a seperate tribunal which appeals can be taken…but that does not seem to be the case in Samoa;

“It seems to me to be a case that if this court were to cancel or to convict the defendant the permits are automatically cancelled.”

A Day in the Life Of

“I Want to Join a Party With a Proper Caucus, Led by a Woman”

NOLA Partners with UNDP to Deliver Covid-19 Response to Savaii

Address By PM Tuilaepa at the Opening of Maota Fono

“I Want to Join a Party With a Proper Caucus, Led...

NOLA Partners with UNDP to Deliver Covid-19 Response to Savaii