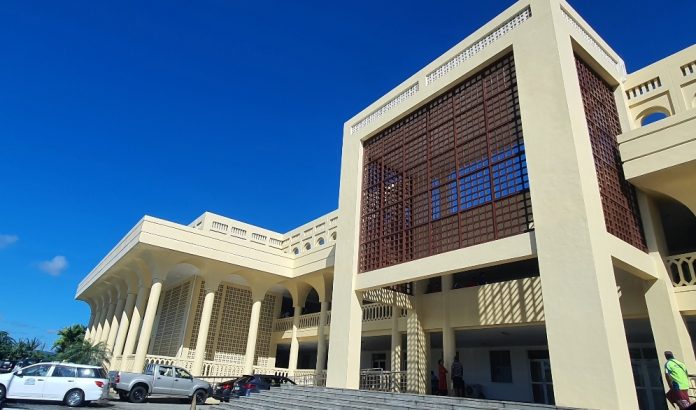 The Registrar of Courts in Samoa has issued a special notice warning the public and media that all electronic devices will be confiscated for two matters being heard before Acting Chief Justice Mata Keli Tuatagaloa today.

In an urgent message circulated  to all media last night, Chief Executive Officer of the Ministry of Justice and Courts Administration also the Registrar of Court, Moliei Vaai, advised special restrictions at court mention for two cases to be heard at 12pm and 2pm on Thursday, 22 April 2021.

“I write to bring to your attention the above subject matter to circulate to the general Media for their information, if a member is attending court…

“Please note that these are the following conditions specifically set by the Court to comply by for tomorrow’s cases mentioned before Justice Tuatagaloa at 12pm and 2pm in Supreme Court Room 1:

1. All electronic devices will be collected at the door for the general public including the Media, these includes cellphones and audio recorders. Press bench and table will be provided tomorrow for your use.

2. If any of the Media wishes to use audio recording, a formal application to the court must be submitted with specific reasons to get approval for an exception.

The two matters are motions brought by Faatuatua i Le Atua Samoa ua Tasi FAST party. The Court has given the motions filed by Samoa’s newest political party the highest priority, given the impacts on Samoa’s general election results, now hung at 26-26 with the addition of an extra seat announced by the Office of the Electoral Commissioner on Facebook Tuesday night.

FAST is also challenging the Office of the Electoral Commissioner for accepting the nomination of former Associate Minister for the Ministry of the Prime Minister and Cabinet (MPMC) Afioga Peseta Vaifou Tevagaena.