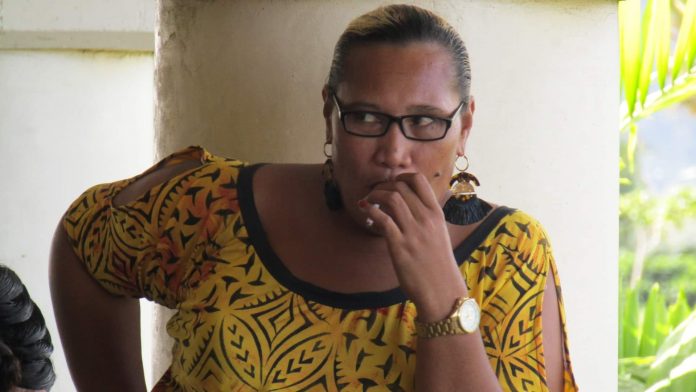 A former prison officer charged with theft as a servant appeared before Justice Mata Tuatagaloa for a second time, without her legal counsel.

This time Hilda Moelasi told the Courts that Michael Soonalole was her legal representative and that he was not available to be in Court.  Instead she also told Justice Tuatagaloa that the Court dates were mixed up and she believed her case was not supposed to be called until the next day.

Justice Tuatagaloa was not impressed by this and gave a stern warning to Ms Moelasi to ensure she and her elected Counsel are ready when the matter is next called.

Justice Tuatagaloa sent a message to legal Counsel through Ms Moelasi that the Courts would consider consequences if he failed to appear again.

“Go and tell the lawyer standing for you to do his duties as lawyer; he should be here before the Courts and not just give requests like this through you.”

Samoa Global News contacted Mr Soonalole who was surprised that he had been named by Ms Moelasi as her legal representative.

He said that Hilda had called him the night before and asked for his advice. He told her that if she knows the allegations to be true then to go and plead guilty.

“I was surprised when reporters started calling me to ask about what had happened in Court.”

Ms Moelasi is charged with taking 5 pusa apa from the Ministry of Prisons and Correctional Services.

She is due to appear again this Thursday 31st October 2019 to answer to the charges before her.