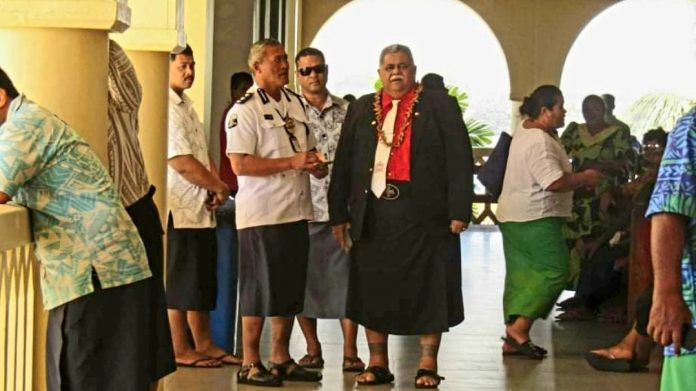 The District Court has granted a final adjournment in the private prosecution alleging one charge of bribery against Minister of Agriculture Hon Laaulialemalietoa Leuatea Polataivao Schmidt.

The Prime Minister and two Cabinet Ministers face bribery charges brought against them by an alleged HRPP informant.

The matter was set down for hearing this week before Senior District Court Judge Talasa Atoa-Saaga, however, Queens Counsel Mr Kieran Raftery standing for the FAST Chairman, submitted an application for an adjournment to allow himself more time to take instructions from his clients and properly prepare their defense.

Judge Atoa-Saaga noted the Court’s concern for the inconvenience caused.

“We actually pushed back all other cases to clear these two weeks for these matters,” she told Mr Raftery, “however, as the Court has already granted and adjournment for Hon Fiame Naomi Mataafa, I shall grant the same for this case”.

The allegations are made by informant Elikapo Peni, an ex-cop said to have played an investigative role during the campaign period in the lead-up to general elections, gathering evidence and take witness statements for the cases.

Representing the informant, former Attorney General Aumua Ming Leung Wai did not object to the adjournments. He also advised the Court that they would be calling five witnesses to support their case.

Laauliolemalietoa Leuatea registered a landslide win at the polls during the 9 April 2021 general election, where the second-placed opponent was not able to get half the votes and be eligible to bring an election petitions against him.

In handing down the new hearing dates, Judge Atoa-Saaga told Counsels to file any preliminary matters two weeks prior to the December trial.