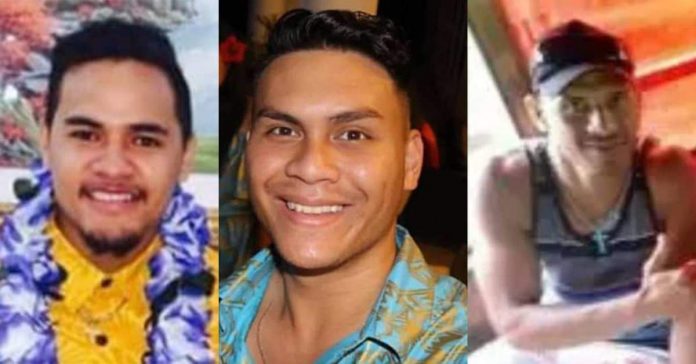 07 June 2019, Apia Samoa.  The Supreme Court of Samoa heard pre-trial applications relating to the case of 24-year-old engineer Jeremiah ‘Malaki’ Tauiliili who died after an incident at the Edge Bar in Apia’s Marina harbour on the 5th of December last year.

Malaki is the son of Member of Parliament for Vaimauga Sasa’e, Sulamanaia Tauililili Tuivasa. He was a scholarship student who had recently returned to Samoa with a Bachelor of Engineering Technology majoring in Mechanical Engineering from the Auckland University of Technology (AUT).

In a tragic incident involving Samoa’s youth at a nightclub, two young men were arrested last December following police investigations and face charges of manslaughter in relation to Malaki’s death.

The incident sent a tidal wave of public opinion, comments and posts on social media at the time, and continues to create tensions between friends and supporters of the young men involved.

Herman Paul Westerlund and Suapaina Savaiinaea both entered not guilty pleas to the charges againat them. They have been out on bail to await their trial date, which was originally set for next week 12th June 2019.

Last month defense counsel Fepuleai Patrick Fepuleai filed a pre-trial application with the Supreme Court to have his client Herman Westerlund trialled in a separate hearing from Savaiinaea.

Suapaina Savaiinaea had declared unable to afford a lawyer and applied for legal aid so Leiataualesa Jerry Brunt was assigned to him.

Defense counsels and prosecutor Rexona Titi were called into the Judge’s chambers and when they returned, Justice Tuatagaloa declared closed proceedings, asking the media and the public to vacate the Court room.

“The media is asked to leave and the only people allowed are the relatives of the two defendants and any of the deceased family”.

Justice Tuatagaloa said that the issues raised in defense counsel’s application for separate trials would have “a huge impact” on the substantive hearing scheduled for next week.

Across in the court room of Justice Tafaoimalo Leilani Tuala-Warren on the same day this week; two witnesses for the Malaki case sought to have a Departure Prohibition Order (DPO) revoked so that they could leave the country.

Bar managers and married couple John and Miriama Maiava of Vailele manage the Edge bar where the incident took place.

In opposing the application to remove the DPO, prosecutors David Fong and Peleuila Itula of the AG’s office submitted to the Court that the witnesses are also being investigated for suspected tampering with CCTV footage from the night of the incident.

Samoa Police confirm that John and Miriama have not been charged in relation to tampering with evidence in the Malaki case.

Justice Tuala-Warren will deliver her decision on the bar managers’ DPOs next Friday 14th June 2019.

Due to closed court proceedings, it is unclear when the decision to have separate trials for the two men accused would be delivered.

The date of the Malaki trial now awaits Justice Tuatagaloa’s decision to have separate trials for the two men accused.