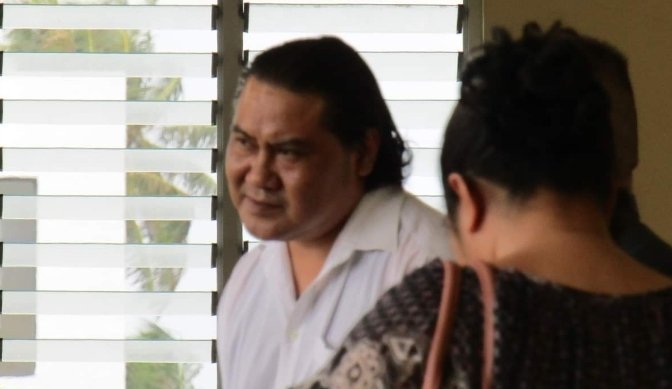 “For the charge of murder that you are found guilty of the penalty is life imprisonment and that will automatically apply.”

“Defence believed Justina hung herself and that suicide is the cause of death,” said Justice Tuatagaloa.

“The Court has accepted the report of the pathologist and finds that Kolani Junior Lam strangled his wife using his hands”.

The CEO of UTOS died on Sunday 21st October 2018, her husband claiming that she had committed suicide. The Police charged Kolani Lam within a week on the 27th of October with murder.

In a historical case for Samoa, prosecution fought to allow propensity evidence, to demonstrate a sustained pattern of violence instead of the isolated incident that led to her death. A charge relating to the assault of Justina’s daughter, Talei was therefore also heard. 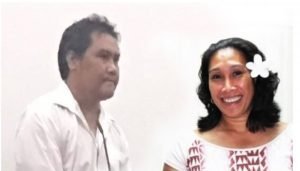 Justice Tuatagaloa also found Lam to be guilty of assaulting Justina’s daughter Talei where the Court heard he had held her by the neck and lifted her off the ground. He is also guilty of interfering with Police witnesses.

The hearing was a judge-only trial before Justice Mata Tuatagaloa as Defense had argued that assessors would be unfairly influenced by media in a case which did rais much public interest and social media comments.

Justice Mata Tuatagaloa handed down her verdict while Justina’s family waited outside in accordance with new Court orders since the State of Emergency. Her mother and sisters could not hold back tears as the decision was being conveyed to them by Leone Su’a Mailo of the Office of the Attorney General. 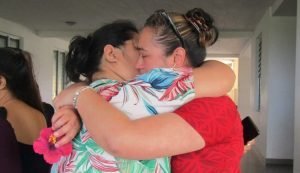 Sa’u led Government’s Unit Trust of Samoa (UTOS) – a landmark organisation set up to provide a cost-effective investment vehicle to the everyday Samoans from as little as $100 tala. She was an active member of the Marist Brothers Old Pupils Association and drove her family’s small business development projects in Apolima. 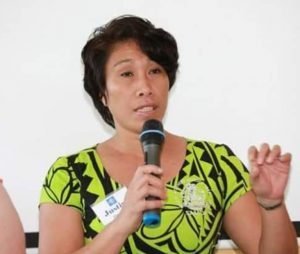