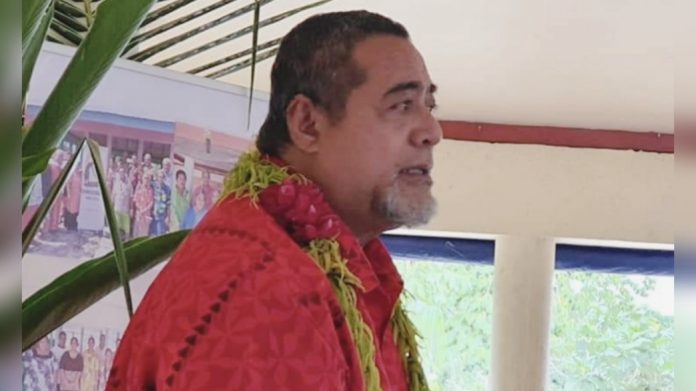 From the files of #FaaSamoa. The District Court has dismissed two charges of uttering insulting words and one charge of threatening words  against Deputy Ombudsman, Maualaivao Pepe Seiuli.

In delivering the decision Faamasino Fesoasoani Masinalupe Tusipa Masinalupe said prosecution had not established their case to the standard required by the Courts – beyond reasonable doubt.

The complaint against the Deputy Ombudsman was lodged with Police by businessman and former Member of Parliament, Maualaivao Patelesio Ah Him in November 2020.

Also a former Associate Minister of Health, Maualaivao Pat Ah Him alleged the Deputy Ombudsman defamed him with insulting and threatening words during Village Council meetings of Malie. The heated discussions had arisen when the Village Council was deliberating over endorsing candidates for the April 2021 General.

Prosecution presented nine witnesses during the District Court hearing, all members of the village who had been present during the Village Council meeting at the time of the alleged incident, as well as the complainant.

The Court found that prosecution witnesses agreed it was a usual practice for matai to lift their voices and speak frankly toward each other during Village Council deliberations. The words were spoken directly and although with a strong tone, there was no altercation or fight between matai during the Village Council meetings in question.

The Court also found that Maualaivao Pat Ah Him had not been present during one of the Village Council meetings at the centre of the complaint, 14 June 2020.

The Deputy Ombudsman’s lawyer, Alex Su’a, told the Court there will be another case against her client set down for September this year, filed by the same complainants, and also relating to deliberations over a Village Council Meeting. For that complaint, Maualaivao Pepe Seiuli is accused of “changing the foundations of the village” (sui le faavae o le nuu).