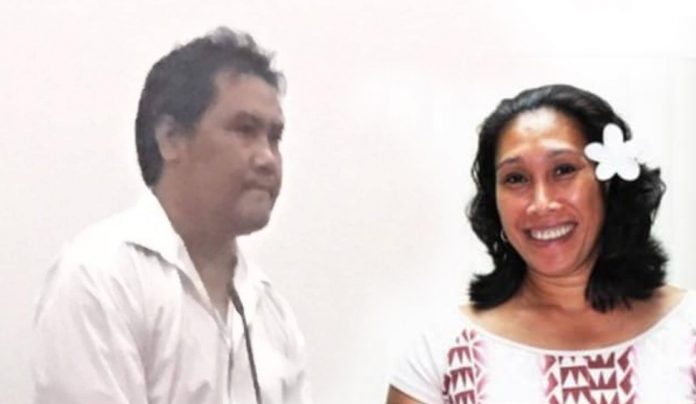 30 September 2019, Apia Samoa.  The court hearing of Kolani Lam is finally underway in the Supreme Court of Samoa after several delays due to pre-trial motions, some of which were heard before the recent sitting of the Court of Appeal.

Lam is accused of the murder of his wife and former CEO of the Unit Trust of Samoa, the late Sa’u Justina Sa’u. He pleaded not guilty to charges of murder with alternative manslaughter, common assault in respect of his step-daughter, possession of narcotics and conspiracy to defeat the cause of justice.

As part of pre-trial motions, Lam’s lawyer Leaiataualesa Komisi Koria filed an application before Justice Tafaoimalo Leilani Tuala-Warren for a judge-only trial claiming that the independence of assessors selected randomly from the public would be tainted by the widely publicised media reports on the incident.  The Court of Appeal agreed with defense counsel and the case is now being heard before Justice Mata Tuatagaloa.

Koria had also appealed the decision of Justice Tuala-Warren to allow as propensity evidence previous alleged assaults by the defendant.

Justice Tuala-Warren had stated in her decision that, “such evidence is admissible as relevant background evidence of the relationship between the accused and the deceased.”

Propensity character evidence is defined as the use of evidence of a person’s character or trait of character to prove that he has a propensity to act in a specific manner and thus he likely acted in conformity with that propensity at the time of an alleged pre-trial wrong.

In a first for Samoa, the Court of Appeal upheld Justice Tuala-Warren’s decision to allow propensity evidence, and as a result, the prosecution led with the testimony of the defendant’s 14 year old step-daughter Talei Justina Kelsall.

The Court heard that Talei is now in Year 10 at Robert Louis Stevenson School and lives with her late mom’s family at Apolima Uta.

Talei told the Court that her father had passed away when she was only three years old. At the time, she had an older brother and two half-siblings.

Talei told the Court that her mom met Kolani Lam at a wedding. Her mom had been a bridesmaid and Kolani was the best man.

She was 10 years old when she first met Kolani Lam. She was in Year 7 living with her mom and siblings at their home in Ululoloa. However in 2016 when her mom married, they moved out of Ululoloa to stay at Sinamoga with Kolani and his three children – two sons and a daughter.

Talei recalled that her younger brother Julani was born on the 27th of September 2016, so her mom had travelled to New Zealand and stayed there for two months to have baby. While her mom was overseas, she recalled a time when her step-father had brought his friends over to have a drink at the back of their house.

When Kolani heard his daughter crying, he came into the house and grabbed her by the neck.

“He told me that he owns everything in the house and I have no rights, and I am not the boss;

“I was trying to breath, but his hand holding me by the neck was getting tighter.”

Talei told the Court that this was the first time anything like this had ever happened to her.  When they were picked up by her uncle Lolagi the next morning, Karena told her dad what happened and her uncle became very angry.  She said that she had also told her aunties and half sister what had happened to her that night.

Talei told the Court that when she spoke with her mother about the incident, her mom told her that her step-father had told her mother that she was being cheeky and that this had happened to her because she answers him back. Talei also shared that her mother tried to build the relationship between her and Kolani.

During cross examination Leiataualesa put to the witness that the story was fabricated, and that Kolani had only held Talei by the chin, and told her off. Talei maintained that what she described was what had happened.

Talei continued and told the Court that there had been a night when her step-father threw a pot toward her mother that hit her on the head.

Talei’s evidence is that her mother had found a photo of Kolani and another woman in New Zealand. She said during the argument, Kolani walked towards her mother with a hammer and and a smile knife.  Talei said she ran towards her mom and hugged her, but Kolani had allegedly grabbed the 14 year old by the neck and threw her towards the kitchen.

Talei said she yelled for help and Kolani’s cousin Fitu, who lives in the house upfront, had come to their aid that night.

Talei told the Court that after the night Kolani hurt her mom they planned to move to her aunty Anne’s house located by the river near Sinamoga. Their home at Ululoloa was being rented out.

During cross examination Leiataualesa put to the witness that his client was trying to carry Justina and that Talei had run in and hugged him from the back, thinking that he was going to hurt her mother.

Again, the 14 year old held her ground. Justice Tuatagaloa at one stage interjected with defense counsel’s questioning reminding him that he was repeating the same questions, and receiving the same answer from the prosecution witness.

Evidence was also presented by two police officers from the Samoa Police Service forensic unit.  Thor Tafunai has been with the police force for 13 years, nine with the forensic division. He was accompanied by Leatuvalu Neemia who has been with the force for six years.  Tafunai presented the Court with photographs taken from the alleged crime scene and a sketch of the scale plan.

Police presented photographs showing that they had found a rope still tied to the cinema tree, a shoe and a small knife near the scene which Kolani had reported to be where his wife had taken her own life. Police also presented photographs of Sa’u at the hosptial, pointing out to the Court that there were scratches on her neck.

Sa’u Justina Sa’u was the first CEO of UTOS, instrumental in the establishment of the Unit Trust of Samoa. She had been with the Ministry of Finance prior to that and her extensive achievements both professionally and within her family and village of Apolima-Uta led to a shock response and public outcry on social media, when her husband had claimed that Justina had committed suicide.

The hearing continues this week.