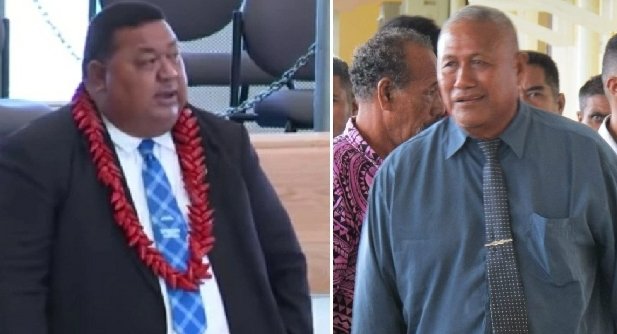 The decision was handed down by Justice Lesatele Rapi Vaai presiding with Justice Leilani Tuala-Warren, after submissions this morning by Counsels Leiataualesa Komisi Koria for petitioner Veletaloola, and Tuatagaloa Shane Wulf for Fuimaono. 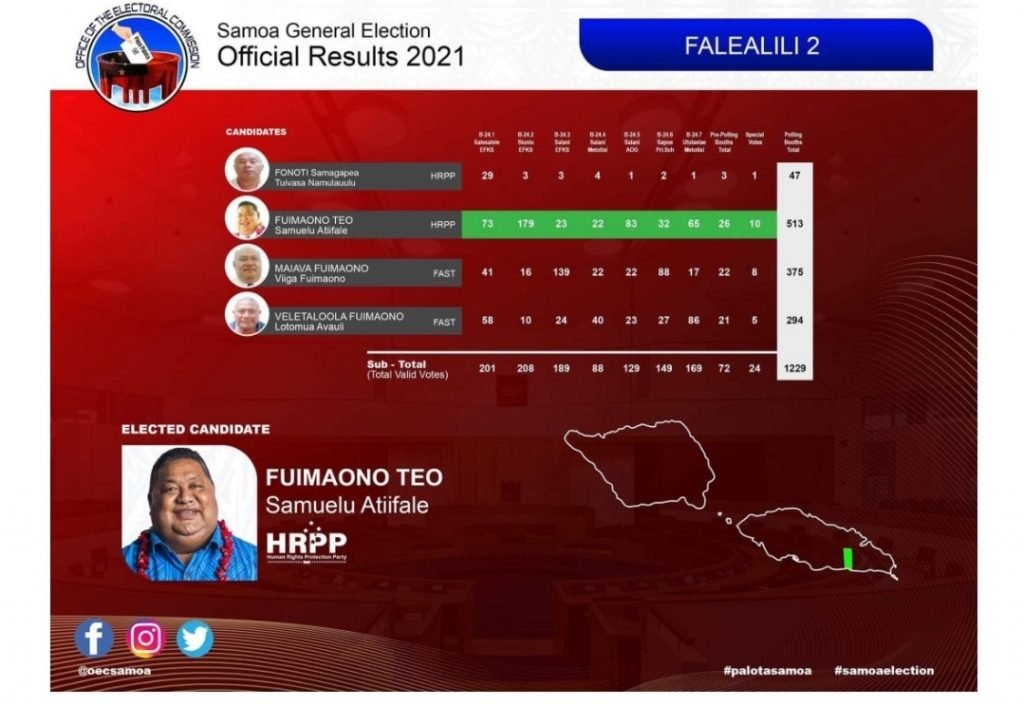 The FAST member’s petition was filed within seven days of the announcement of official general election results as required by law. Counsel for Veletaloola, Leiataualesa Komisi stood to present his client’s submissions strongly objecting to the counter-petition filed by Fuimaono Samuelu, arguing that it was not filed within the required timeframe.

Leiataualesa said limitations provided by S109 of the Electoral Act stipulated timeframes set out for election petitions to be filed “within 7 days”, adding that there was no provision for extension.

However, Justice Lesa Rapi Vaai told Counsel those provisions referred to petitions, and not to counter-petitions.

“Those timeframes do not relate to counter-petitions. There is no provision that specifically relates to counter petitions in the Act,” said Justice Lesatele.

Leiataualesa Komisi argued counter-allegations should be given the same treatment, and referred to a Minute issued by Chief Justice Satiu Simativa Perese to members of the Samoa Law Society, reminding them of due dates for petitions and counter-petitions.

“The timeframe provided by His Honour the Chief Justice should have been abided strictly by all Petitioners and Counter-Petitioners,” said Leiataualesa who also strongly objected to suggestions by Fuimaono’s Counsels that their rights would have been prejudiced.

Leiataualesa submitted case law from Samoa and other jurisdictions where the Courts had upheld strict compliance for time limits and insisted on strict timeframes when they are provided, however, Justice Lesatele through his questions to Counsel, always found a point of difference.

“Provided by the Court or by the Act?” asked Justice Lesatele rhetorically…”that is not the case here is it?”.

Leiataualesa Koria maintained his position referring to the Minute sent out by the CJ, and respectfully submitted to the Court, that “overall intention and overall public interest would dictate that the application by the respondent should be declined in this case”.

Veletaloola has until next Friday 2nd July to respond to the permitted counter-petition, and the hearing date has been set down for Monday 19th July 2021, however, Counsels were warned that this date could be moved forward if the Court schedule permits in view of withdrawn cases.