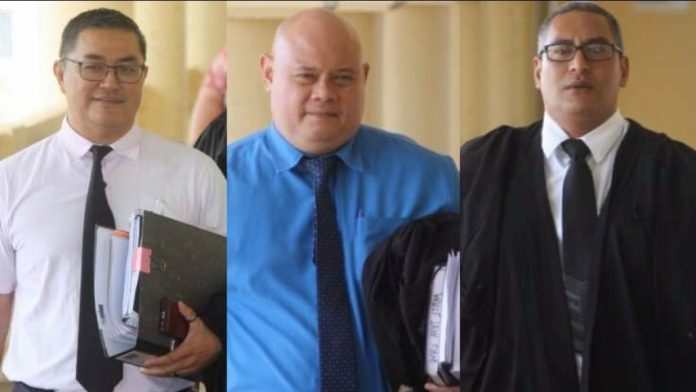 Wednesday 26 May 2021 Apia Samoa.  Applications to strike out 14 counter petitions have been denied by the Supreme Court.

Chief Justice Satiu Simativa Perese, Justice Vui Clarence Nelson and Justice Niava Mata Tuatagaloa presided over the arguments of legal counsels both for and against; before handing down their judgment yesterday, to confirm all 14 counter petitions would now proceed for substantive hearings starting June 7th.

A total of 28 petitions were filed with the Supreme Court following the April general elections; 14 against FAST and 14 against HRPP candidates.

Election petitions are filed by losing candidates, alleging the elected member for their constituency had engaged in illegal activity during the campaign period. It is well known that counter-petitions are sure to follow.

FAST lawyers filed counter petitions against the 12 HRPP and 2 Tautua Samoa candidates who had sued their clients.

At the close of applications for counter petitions, none had been filed by HRPP for the 14 petitions against their elected members.

In Court Wednesday morning lawyers for the original petitoners; Afa Lesa, Tuatagaloa Shane Wulf and Leiataualesa Jerry Brunt, argued why the counter-petitions against their clients should be struck out.

The following is a lists of the 12 HRPP and 2 Tautua Party petitoners who will now face counter petitions against them.