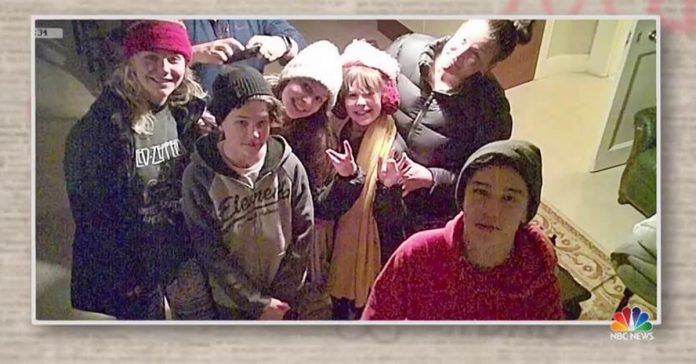 7 April, 2019. By Ali Gostanian and Suzanne Ciechalski. A New Zealand couple on a family trip through Europe said they made a disturbing discovery upon checking into an Airbnb in Ireland in March — a hidden camera was livestreaming their family.

Andrew Barker, 48, an IT security consultant, was scanning the Wi-Fi network at the property when he noticed a device labeled “IP camera” that didn’t belong to the family, his wife said.

He was able to find a livestream from the camera on the host’s network, which was on the same Wi-Fi network, Barker said.

“I could see the live stream video of myself looking at his phone,” Nealie Barker, 42, said. “I had this horrible, sinking feeling … We’re definitely being watched.”

The family soon figured out that the camera was hidden on what they believe to be a smoke detector. The couple, who was traveling with their four children and niece, contacted Airbnb, which doesn’t allow hidden cameras.

“Airbnb had no advice for us over the phone,” Nealie Barker told NBC News, adding that the representative didn’t seem to understand the severity of the situation.

Feeling Airbnb was unhelpful, they called the host themselves. As he denied their questions about cameras on the property, she said, her husband asked, “Well then why am I [looking] at a livestream of myself?”

The host hung up but called back later, saying there was only one hidden camera.

“We totally lost his trust at this point,” Nealie Barker said.

The family soon found other accommodations. A few weeks later, they learned Airbnb exonerated the host, saying there was no proof of their claims. The result left the couple, who took photos of the hidden camera, infuriated.

Then on April 5, Airbnb told them they re-investigated the claims and the host was removed from the platform.

In a statement, Airbnb said its initial handling of the incident “did not meet the high standards we set for ourselves, and we have apologized to the family and fully refunded their stay.”

The Barkers, who saved for 10 years to make the 14-month trek through Europe, said they’ve relied on Airbnb throughout their trip, and are disappointed in how their complaint was handled.

Now, when her family stays in an Airbnb, they look for hidden cameras and scan the Wi-Fi network. They recommend others do the same.

“We won’t be happy until there’s some real policy change in how they deal with [situations like] this,” she said.