Here’s a look at how these seven constituencies voted in the 9 April 2021 general elections. 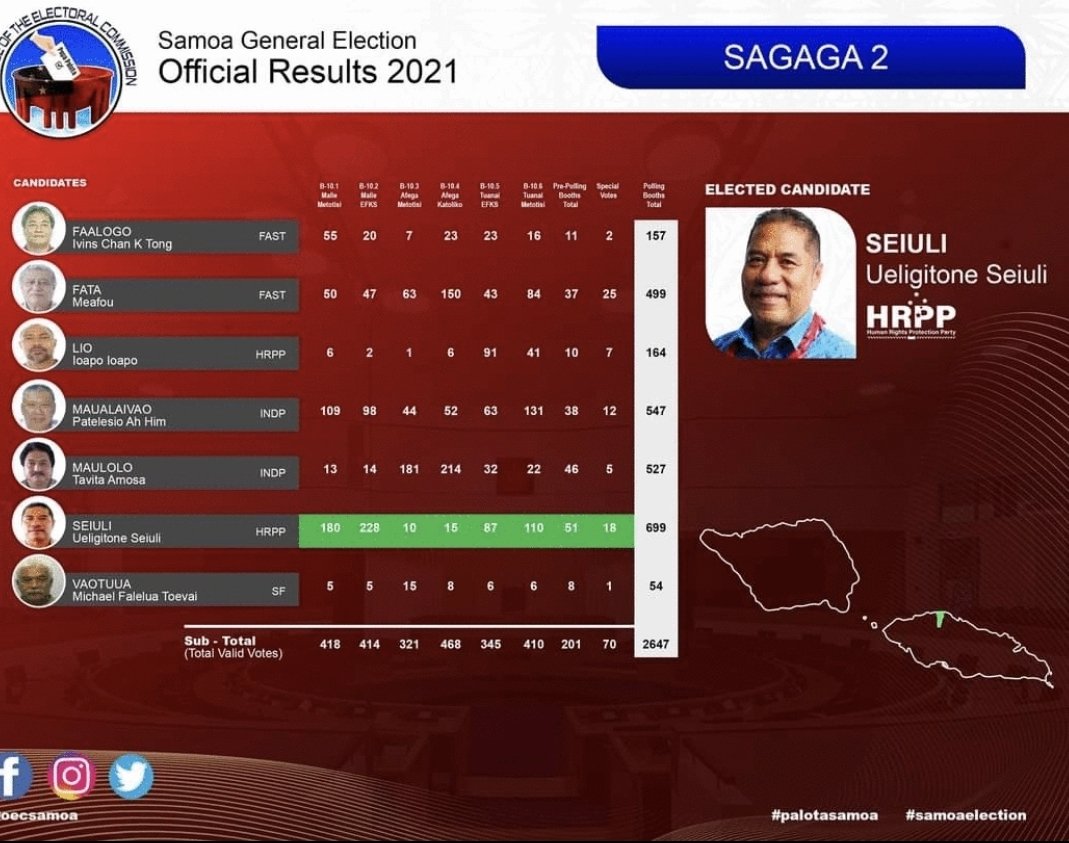 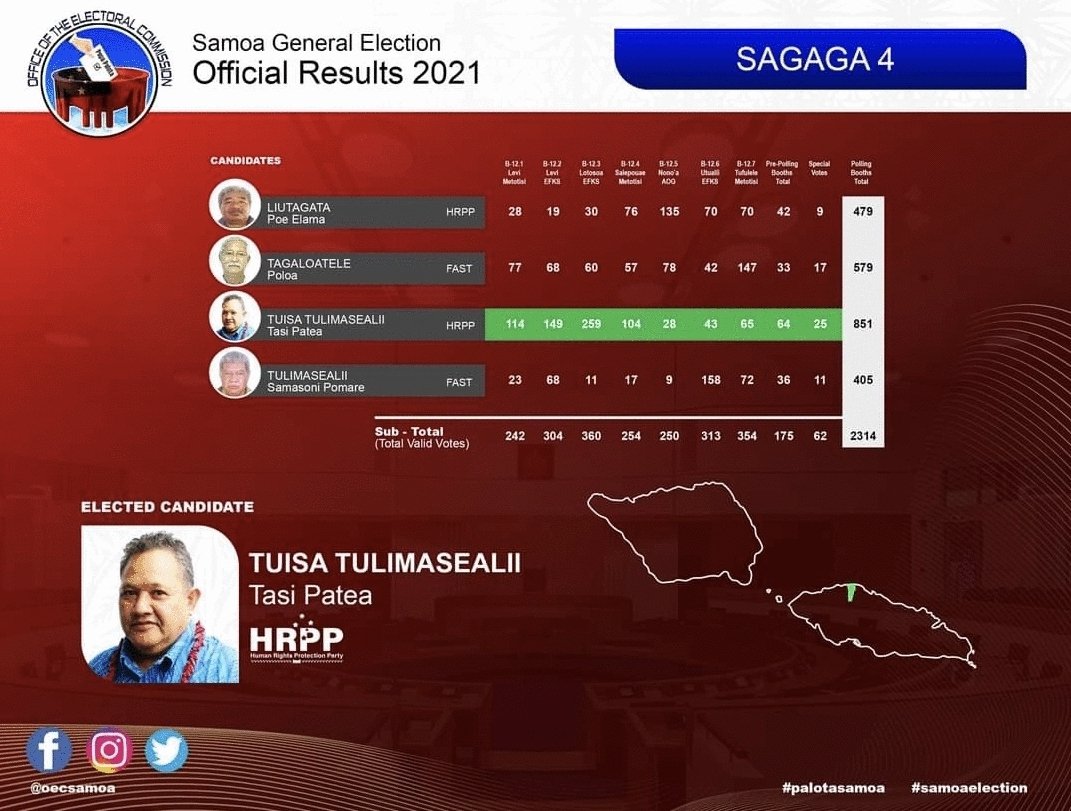 The top 2 seeded candidates from HRPP and FAST are running again in the by-elections. 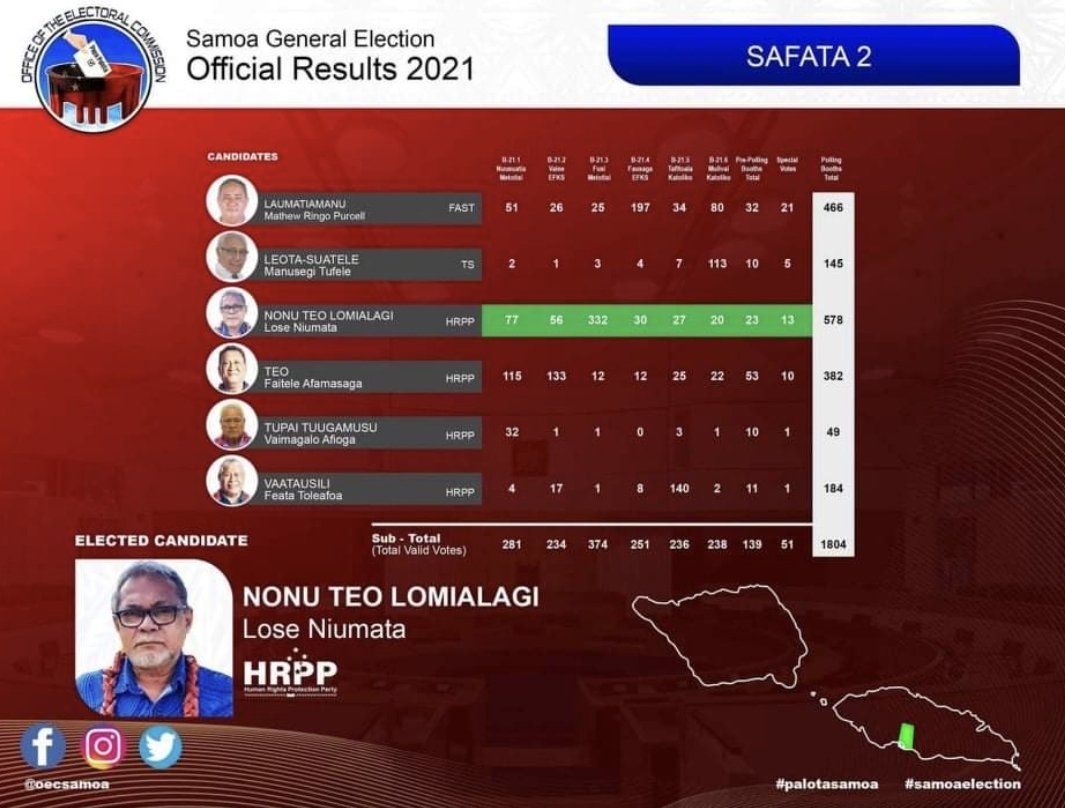 The top 2 candidates from the 9 April 2021 general election are running again.

Nonu Teo Lomialagi of HRPP and Laumatiamanu Mathew Ringo Purcell are the only two candidates. 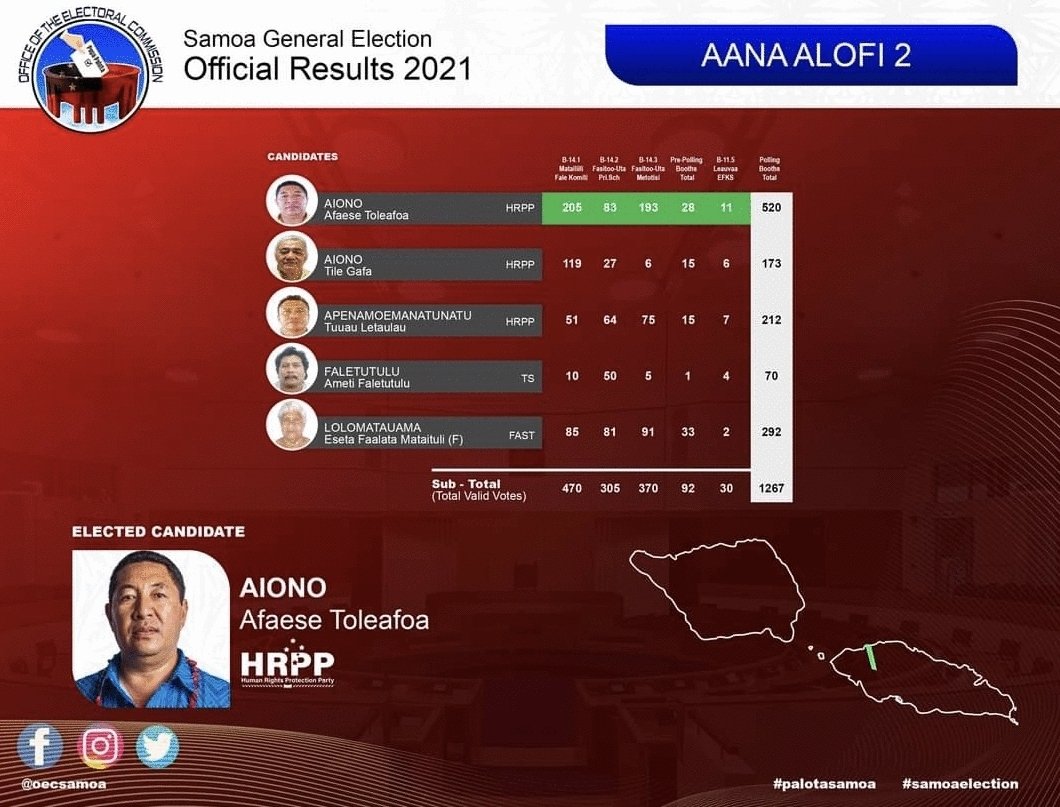 Aiono Afaese resigned from the seat.

All four candidates listed above from the April 9th general election are once again vying for the seat. 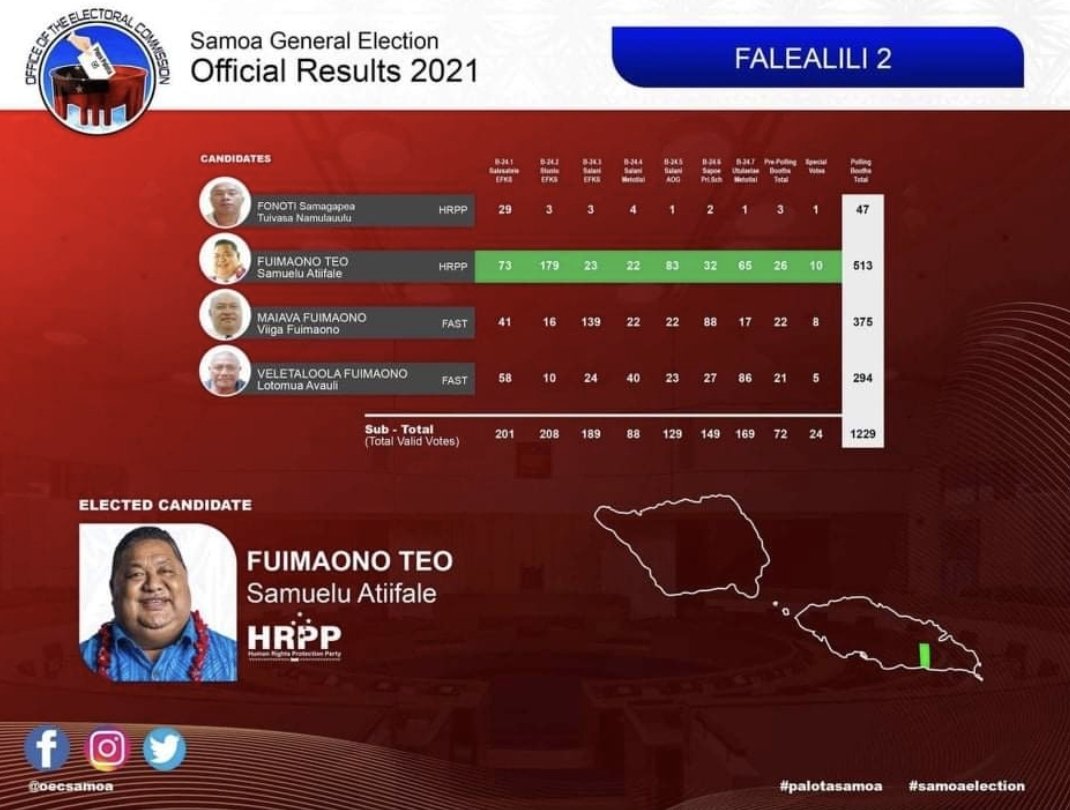 Fuimaono Teo lost his seat to an election petition.

None of the previous candidates are running again. FAST has 2 new candidates: Fuimaono Laauli Talataina and Maiava Fuimaono Tito Asafo. 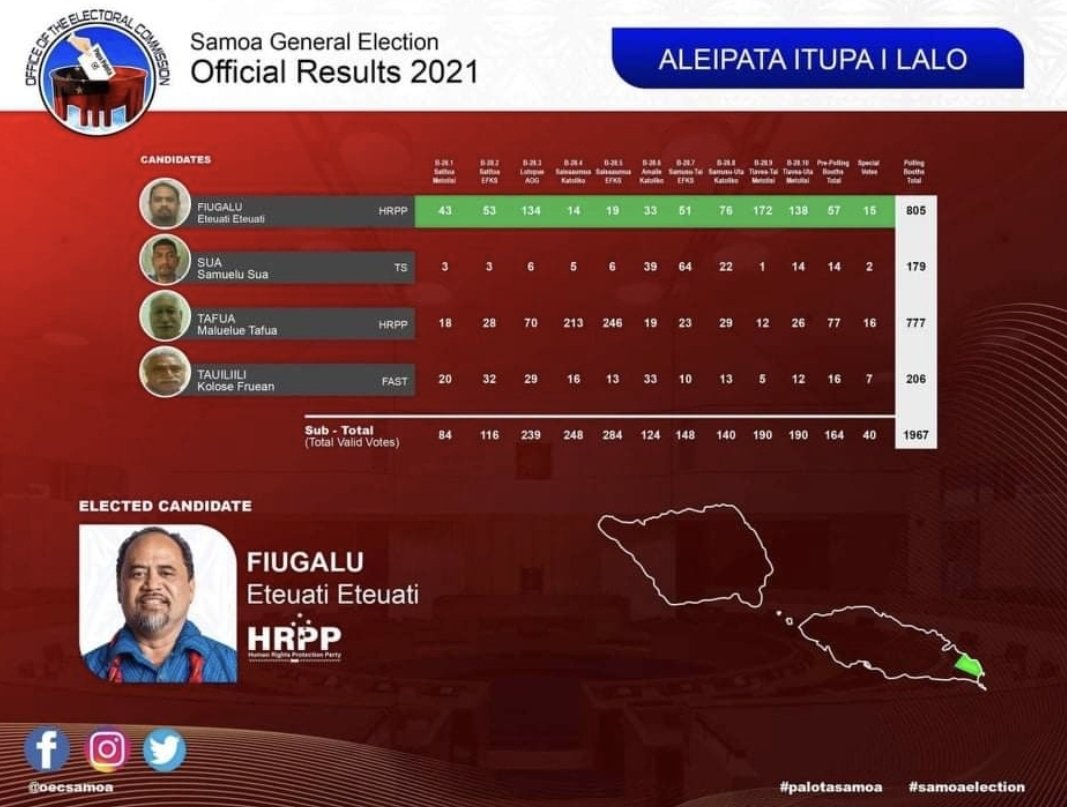 Fiugalu Eteuati of HRPP lost his seat to an election petition by HRPPs Tafua Maluelue. 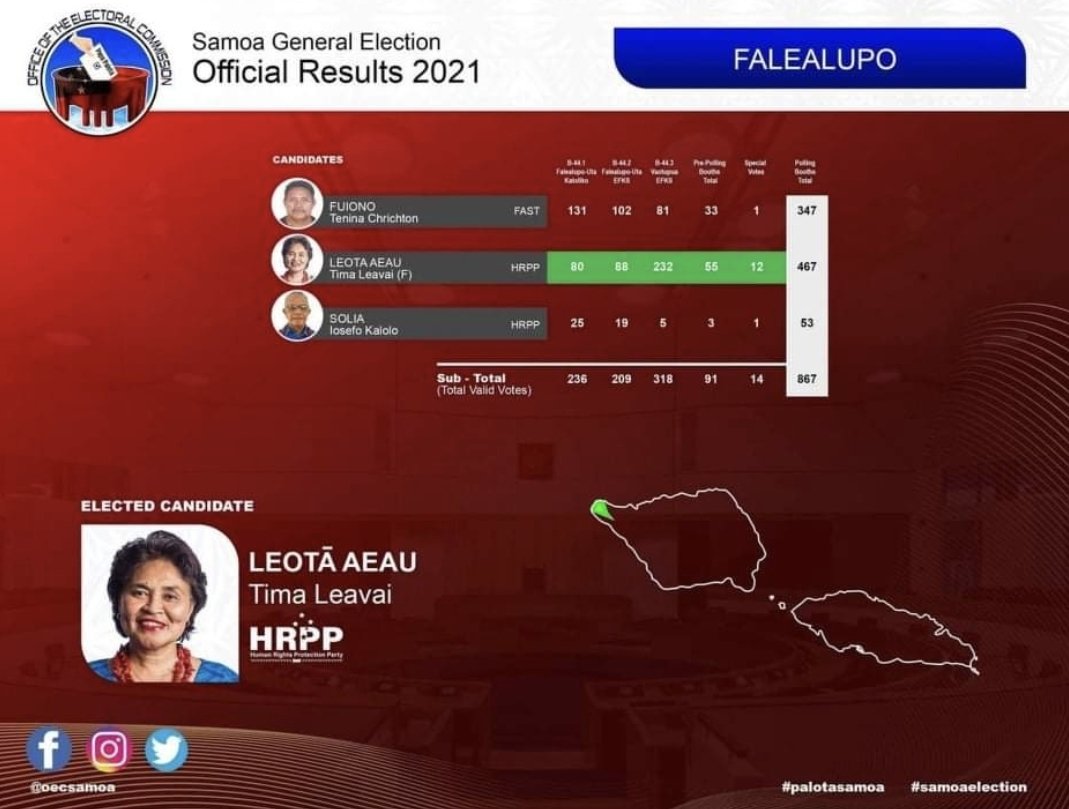 FAST candidate Fuiono Tenina will compete again in the by-election. A court petition currently underway in the Supreme Court will determine if Aeaus brother Tuitogamanaia Peniamina Junior Leavai will compete under the HRPP ticket.