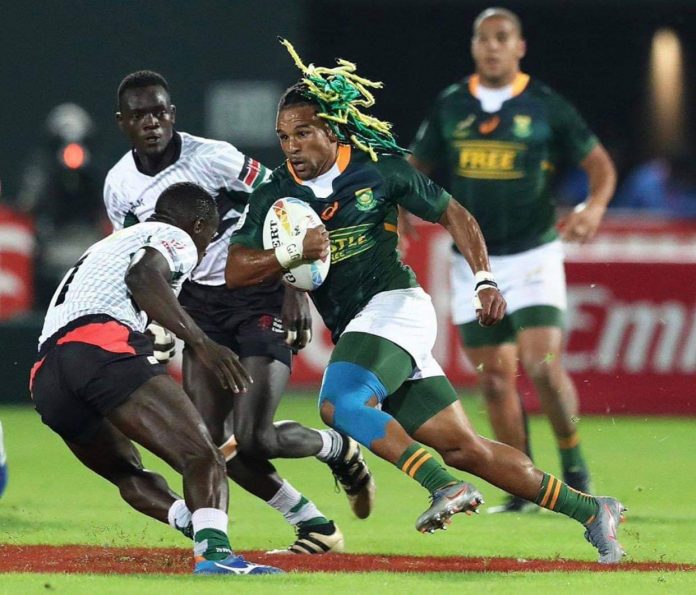 The first leg of the HSBC World Rugby Sevens Series in Dubai is done and South Africa are Champions.

South Africa did not start the tournament with a bang with a narrow 17-12 win against Kenya.  The game was tied at 12-12 until speedster Seabelo Senatla found his way to the try line to give Blitzboka’s a 17-12 victory.

After the Kenyan scare, South Africa found their feet and absolutely tore through the Dubai 7s competition even managing to keep NZ to 0 points for the first time in 19 years. After Kenya, South Africa unleashed on all other opponents with total scores at 119 to 31!

The talk of the tournament were defending Champions Fiji who failed to make the Cup Quarter-Finals. Fiji had never even lost a pool game in Dubai before which is why Argentina shocked the Olympic Gold Medalists by winning 24-21 and preventing them from a quarter final spot.

Fiji finished 9th in Dubai after showing Canada why they’re reigning champions by demolishing them 40-17.

Samoa came into Dubai with high emotions as their country was being struck by a deadly measles outbreak. Commentators throughout the weekend sent messages of support to Samoa before each match.

Samoa dusted off the cobwebs with a 19-12 win over Canada in their first game. This set them up well for a 31-12 hammering of Wales to secure a quarter-final spot on day 3.

Although the men in blue were outclassed by New Zealand in their last pool game, they picked themselves up to bypass an in form Australian side 19-14 in the quarter finals.

South Africa would end Samoa’s Cup ambitions in the semi-finals before losing to England in the 3rd place playoff to finish a strong 4th in Dubai.

All Teams now board flights to Cape Town for the second leg of the HSBC World Rugby Sevens Series.

Samoa Global News’ ONE TO WATCH: Jordan Conroy of Ireland. 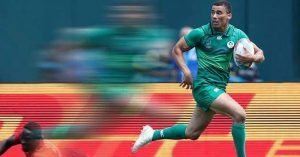 Although Ireland are the new kids on the block after being promoted into the HSBC Sevens Series this year, they have not failed to show off their talents. Irish Speedster Jordan Conroy is currently the top try scorer this season and finished the tournament with 6 clean breaks (1st overall). Keep an eye out for Mr Conroy next week in CapeTown.

Couch Coach
"Couch Coach" can be former players or administrators of rugby who believe their time is still the best, or parents and family/friends of players who have become experts because they drive rugby players everywhere for games, or just spectators who have never run onto a rugby field before, but have gained insightful knowledge from watching rugby on tv every weekend 😂😂😂.