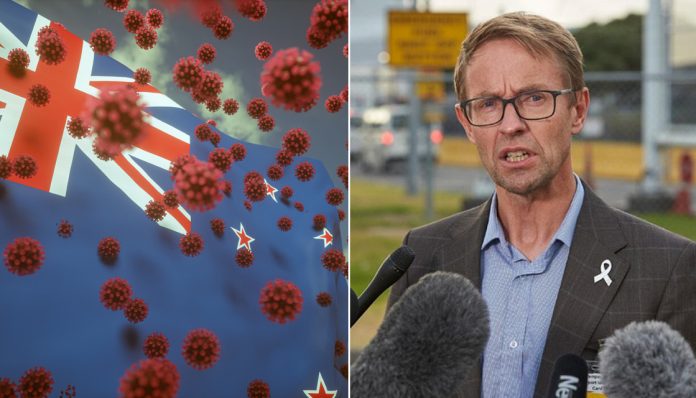 The Ministry of Health has confirmed 11 new cases of coronavirus in New Zealand, taking the country’s total to 39.

Where officials have fully investigated cases, there is a clear link to overseas travel. However, some cases still need to be followed up on.

Of the 11 new cases, five are from Auckland, two are from Waikato, two are in the Wellington region, one in Canterbury and one in Hawke’s Bay. Further details about the flights the cases may have been on will be released later. None are in hospital. Close contact tracing is underway.

On Saturday, the Prime Minister announced travel restrictions forcing anyone entering New Zealand from outside of the Pacific Islands to self-isolate for 14 days. These were extended on Thursday with a full border closure to anyone but New Zealand citizens, residents or their close family.

Director-General of Health Dr Ashley Bloomfield says he expects to see more cases due to the number of people entering the country. More than 1000 tests were conducted on Thursday.

He reminded people that indoor mass gatherings of more than 100 people can no longer go ahead, but all schools, universities and public transport can remain open. The limit is 500 for outdoor gatherings. The Director-General stressed those limits to university students.

Dr Bloomfield also acknowledged he is changing his language away from referencing “social distancing” to “physical distancing”. He said it is important for people’s mental wellbeing that they keep connected to others, including on the phone or via social media.

Foodstuffs South Island chief executive Steve Anderson joined Dr Bloomfield at Friday’s press conference and said people need to continue to shop normally. He said his supermarkets are prepared and there is no supply chain issue.

He also called for people to be kind. By shopping normally, it takes pressure off staff.

There have also been several cases around New Zealand of students or staff at schools requiring testing, including at Auckland’s Green Bay High School and Selwyn School in Rotorua. So far, New Zealand authorities have rejected a widespread closure of schools, saying it was not yet necessary. There have also been concerns that closing schools would require their parents taking time off work during a period of economic uncertainty.

After a student at Logan Park High School in Dunedin tested positive, 150 close contacts were tested. Dr Bloomfield confirmed on Thursday that those tests all came back negative. All remain in self-isolation for the 14 day period. The school will reopen on Tuesday.

An economic package was revealed by the New Zealand Government on Tuesday to assist businesses and workers adversely affected by the disruption to trade and travel routes. It’s also launched a public health campaign to attempt to spread information about the virus and how people can individually combat it.

What we know about coronavirus

Coronavirus is primarily spread through droplets in the air after someone sneezes or coughs. However, it can also be contracted by touching surfaces where the illness is present, according to the World Health Organization. The length of time the virus stays alive on surfaces is unknown at this stage, but some viruses can remain active for days.

The WHO was first informed of cases of the virus in Wuhan on December 31. It was identified as a coronavirus on January 7 and can spread through human-to-human transmission.

“Common signs of infection include respiratory symptoms, fever, cough, shortness of breath and breathing difficulties. In more severe cases, infection can cause pneumonia, severe acute respiratory syndrome, kidney failure and even death,” the WHO says.

“Standard recommendations to prevent infection spread include regular hand washing, covering mouth and nose when coughing and sneezing, thoroughly cooking meat and eggs. Avoid close contact with anyone showing symptoms of respiratory illness such as coughing and sneezing.”

There is currently no vaccine for the sickness.

How can I protect myself?

A full explainer on protecting yourself from coronavirus can be found here.

The Ministry of Health is reminding the public to get in touch with Healthline on 0800 358 5453 if they have symptoms or concerns.