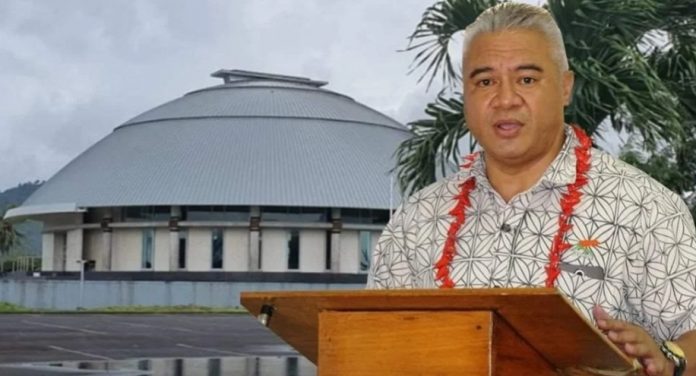 10 January 2021 Apia Samoa. The Clerk of the Legislative Assembly for Samoa says the three controversial LTC Bills have been assented to by the Head of State, and copies would be available for public sale from their Mulinuu offices later this week, and will also soon be available for downloading from the Paleme o Samoa website.

“Once the Bill has been assented to by the Head of State, it becomes an Act of Parliament and the Office of the Clerk is responsible for publishing, and for the sale of Acts to the public”, reads the PR.

During the Parliamentary session where the three controversial LTC Bills were passed by an overwhelming majority vote of 41-4 sitting Members of Parliament, the four opposition MPs say they were not given complete copies of the bills and proposed amendments at the time of the third and final reading.

Former Deputy Prime Minister Honourable Fiame Naomi Mataafa continues to caution the public of her grave concerns with the newly enacted laws that ultimately led to her resignation as a member of HRPP.

The response from the Clerk of the Legislative Assembly is published in verbatim below.

(The following is a Press Statement issued by the Clerk of the Legislative Assembly to address opinions published by the Samoa Observer’s Editorial Board on Friday, January 08th 2021 under the heading, “The irony and flaws of defending the L.T.C. laws.)

The 3 Bills in discussion were passed in Parliament on 15th December 2020, and Printed Copies of the 3 Bills were presented and already being assented to by the Head of State.

Copies of the 3 Acts have been distributed to its mandatory parties as per Standing Orders 112, (i.e. Secretary of the Head of State, Attorney General, Registrar of the Supreme Court and the Minister responsible for administering these Legislations). The 3 Acts of Parliament shall be made available for sale to the public at our Office in Mulinu’u next week and will be on our website shortly.