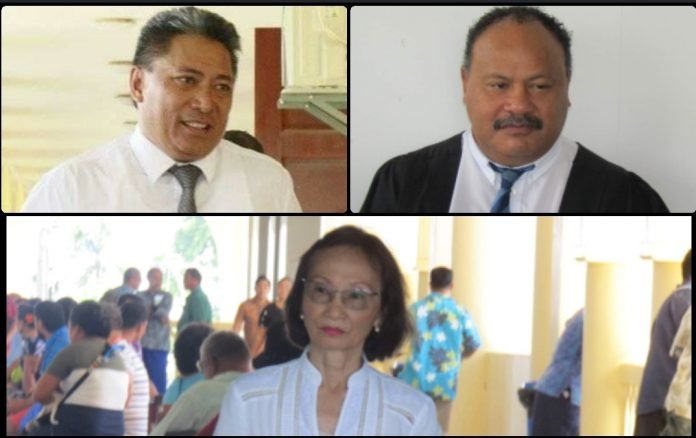 The Contempt of Court motion by the Fa’atuatua i le Atua Samoa ua Tasi (FAST) political party against eight respondents was heard in a closed court session on Monday morning.

The two hour proceeding was presided over by an all overseas based bench of Justice Robert Fisher and Justice Raynor Asher, who participated via zoom.

Counsel Matafeo George Latu representing the FAST Party confirmed the additional four respondents would be called together with the first four.

Matafeo told the media that proceedings on Monday morning focused on setting out a timetable for the case, and the many preliminary matters to be dealt with before the substantial hearing.

“The court session today was about confirming dates and identifying issues to be heard, and there are several issues,” Matafeo revealed.

Another in-chamber hearing is scheduled in a months time, on the 15th of October 2021. It will again be closed, with only judges and counsels to appear.

The FAST motion alleges HRPP have continuously scandalised and undermined the authority of the Court – based on specific wording and phrases used during HRPP live updates and TV 1 Good Morning Samoa programs that have openly publicised their strong views against decisions handed down by Samoa’s Supreme Court and Court of Appeal.

HRPP’s media campaign openly discusses the party’s position that the Samoa Judiciary have dismantled and destroyed the Constitution of Samoa and have colluded with FAST to displace the HRPP led Government.