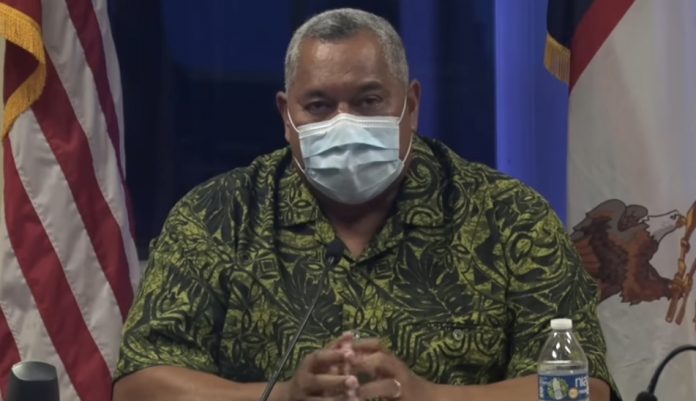 The Department of Health’s (DOH) Situational Summary report lists Tafuna, Nuuli and Leone as the highest locations with 23, 20, and 14 respectively.

Governor Lemanu Peleti Mauga made announced in the weekend that American Samoa  would remain under Code Red for a further week.

The DOH reports states 18 of the positive cases were fully vaccinated and there are no reported hospitalizations or deaths related to COVID-19.

Over 84% of American Samoa are reported to be fully vaccinated, and on 27 Feb (26 Feb AS) an Airport Drive-Thru vaccination centre recorded 1,209 vaccinations administered in one day.

American Samoa’s approach is vastly different from that taken by neighboring Samoa.

Those who have tested positive in American Samoa are isolating at home for 14 days. According to the DOH report, “family members of the same household are considered close contacts and will be served with a Home Quarantine Directive for 14 days”.

Enforcement of Home Isolation is being carried out by the Department of Public Safety and Office of Samoan Affairs, in cooperation with Department of Health.

Governor Lemanu Peleti Mauga announced an extension of Code Red for a further week. Except for essential services, all ASG departments and all schools will be closed.

American Samoa opening hours for businesses during Code Red are from 5am to 4pm with the only curfew to movement being at 9 pm.

Subject to approval from Samoa, the American Samoa authorities have announced repatriated flights from Faleolo to return citizens stranded in Upolu. 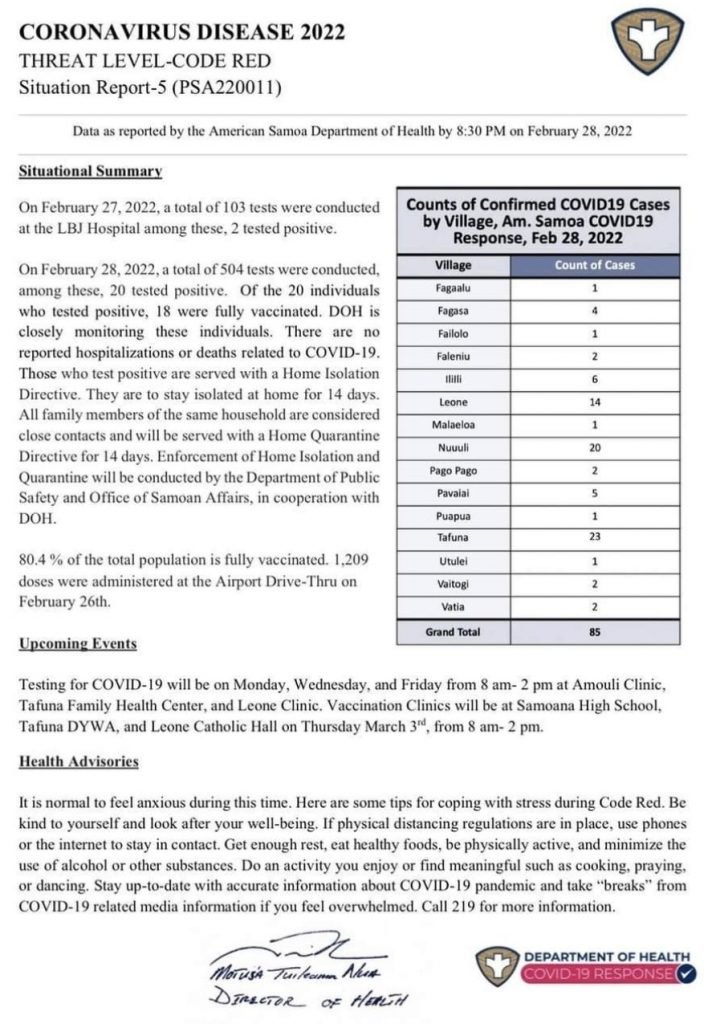